What will be announced at Apple’s education event today?

Apple will hold an education event today at 10 am (Eastern) in New York City at the Guggenheim Museum. So what’s on the agenda?

Of course, only Apple execs know for sure, but the betting company Paddy Power (http://www.paddypowerpic.com) has taken bets on what the subject will be.  Given the theme of the event it’s unsurprising that the clear favorite is for the announcement concern electronic/digital textbooks at 1/6 odds, followed by the iPad Lite at 6/1 and the iPad 3 at 9/1.   Further down the list its 14/1 odds that Apple’s CEO Tim Cook will be waxing lyrical about the return of the iMac desktop while an announcement on the iiPhone 5 and an “Apple Robot Teacher” prop up the market at 20/1 and 40/1 respectively.

Yours Truly is giving the odds of an iPad Lite, iPad 3, iPhone 5, new iMac and Apple Robot Teacher (what the heck is that?) as nil. I think Apple will beef up its iBook app and iBookstore, which lags behind the Kindle’s offering. Perhaps the iBookstore and iBook app will be available on the Mac at long last.

Along those lines, Apple will make a major push into the digital textbook realm, promoting the iPad and iTextbooks as a less expensive alternative to pricey high school and (especially) college texts. Also look for Apple’s to promote self-publishing. There are self-publishing offerings from Barnes & Noble and Amazon, and Apple doesn’t want to be left behind.

Apple’s option will let writers publish work directly on Apple’s platform without having to go through a publisher or other third-party provider to do so. Of course, the self-published works will have to be approved by Apple, as are apps in the Mac and iOS app stores. 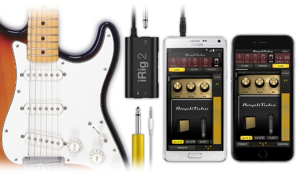