Apple shareholders asked to look at potential conflict of interest

The National Center for Public Policy Research is urging Apple shareholders to vote for shareholder proposal # 4 in the company’s 2012 proxy statement. Apple’s annual shareholder meeting will be held on Feb. 23.

The proposal, submitted by the National Center for Public Policy Research, asks Apple to determine if board member Al Gore violated the company’s Business Conduct Policy. At issue is whether Gore played a role in Apple’s 2009 decision to end its membership in the U.S. Chamber of Commerce as part of an effort to pressure the trade group to stop opposing greenhouse gas regulations.

Several companies, including Apple, ended their relationship with the Chamber over the trade group’s aggressive opposition to the Waxman-Markey cap-and-trade bill and EPA regulation of carbon emissions.   Gore’s significant personal investments in renewable energy and related technologies would have benefited from these greenhouse gas regulations, the National Center for Public Policy Research says.

”Board members are obligated to look out for shareholder interests and not for their own personal financial goals. Shareholders have a right to know if Gore was involved in Apple’s decision to end its membership with the U.S. Chamber of Commerce,” says Tom Borelli, Ph.D., director of the National Center’s Free Enterprise Project. “It’s no secret that Gore has a significant financial stake in clean energy, and cap-and-trade would have boosted his investments. If Gore was behind Apple’s decision regarding the Chamber, I believe his involvement was driven by a personal profit motive without regard to the best interests of shareholders.”

Gore is a founder of Generation Investment Management and a partner in the venture capital firm Kleiner Perkins Caufield & Byers — firms that have significant investments in clean energy and environmentally-related products.   Apple’s business conduct policy defines a conflict of interest as “… any activity that is inconsistent with or opposed to Apple’s best interests, or that gives the appearance of impropriety or divided loyalty.”

“Since Apple’s business in computers and electronic devices does not make it a major emitter of greenhouse gases, global warming regulations are not a core business issue for the company,” says Borelli. “This fact raises questions why the company would weigh in on a policy issue matter such as greenhouse gas regulations. Because Apple’s decision could have benefited Gore and not the company, we filed this shareholder proposal and urge shareholders to vote for our proposal.”

The National Center for Public Policy Research is a shareholder in Apple. The company’s annual shareholder meeting will be held on February 23, 2012 at Apple’s headquarters in Cupertino, California. 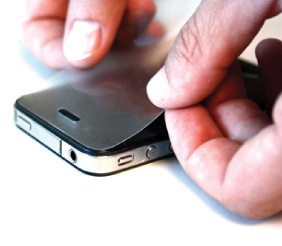