Android was in the top spot with 47% market share during those two months. That’s down from 60% in quarter three.

What’s more, nine of the top 10phones sold in October/November are smartphones. Apple’s phones are on the top of the list, with the iPhone 4S in the number one spot and the iPhone 4 in the number two position. 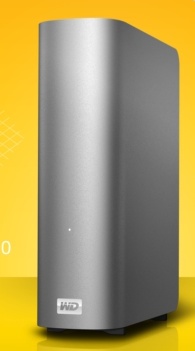 WD’s My Book Studio for the Mac has USB 3.0 connectivity

Mainstream press chimes in with positive takes on Apple’s iPod