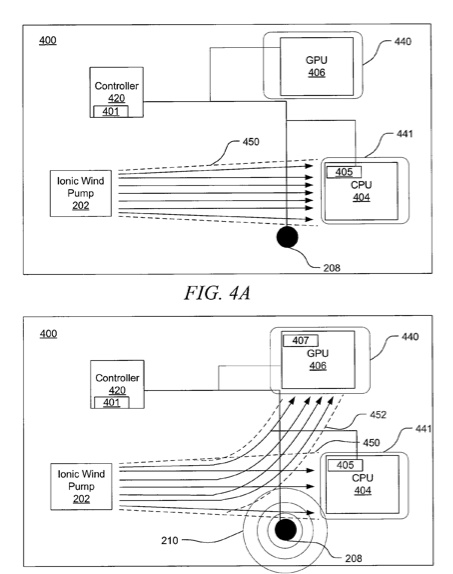 Apple is working on a new method and apparatus for cooling electronic devices (mainly Macs), according to a new patent (number 20120002342) at the US Patent & Trademark Office.

“A cooling device that has been proposed for use in such systems is an ionic wind generator, which generates airflow based on the ionization of air molecules. A limitation of currently-proposed ionic wind generator cooling systems for such devices (and for other conventional cooling devices as well) is that the generated airflow, from a first electrode toward a second electrode is limited to a linear path which is essentially static, and thus can only cool a specific region of an electronic system; particularly, only the regions that are in, or immediately adjacent, the path of the airflow can be cooled.

“While the size, placement, and relative orientation of the two electrodes can be established to provide a linear path of a desired direction and dimension so as to provide a selected degree of airflow-based cooling in that region; such systems inherently involve compromises in terms of either performance or cooling capability. For example, because of the fixed path, the ionic wind generator cooling systems must be designed to provide airflow of a sufficient dimension, and in a sufficient amount, to meet all foreseeable cooling needs.

“However, as can be seen from the example of a computer system (such as, for example, a laptop computer), there may be substantial differences in the usage of the processors and other heat sources in the computer at different times, and thus a cooling system designed to meet the highest-level cooling needs may be using more power than would be necessary at times of relatively lower level cooling needs.

“Additionally, some components within the example laptop computer may not always be in substantial use, such as a graphics processor, that exacerbate heat generation. Thus, airflow directed to such a component when it is not heavily used, and is thus generating little heat, again is requiring a greater energy budget that would be otherwise required.

“Thus, the limitations of such currently proposed ionic wind generator cooling systems for many electronic devices are limited relative to the variable cooling needs of many such systems.

“The present disclosure identifies as various embodiments of methods and apparatus for deflecting or redirecting a flow of ionized air, such as that generated by an ionic wind generator. As will be described in more detail later herein, in the embodiments described herein, a deflection field is generated proximate the path of the flow of ionized air, and is used to deflect at least some portion of the path of the flow of the ionized air to a different path.

“In some cases, this selective control will be in response to one or more monitored parameters. As just one example of such selective control, a parameter of a processing device (as defined later herein) may be monitored and the deflection field generator may be activated in reference to some threshold associated with the parameter. For example, in monitoring a temperature of a particular component in the processing device, the temperature may be detected to meet or exceed a certain threshold temperature. As a result, the deflection field generator is activated to deflect or redirect at least a portion of the flow of ionized air to provide additional cooling proximate the particular component.” 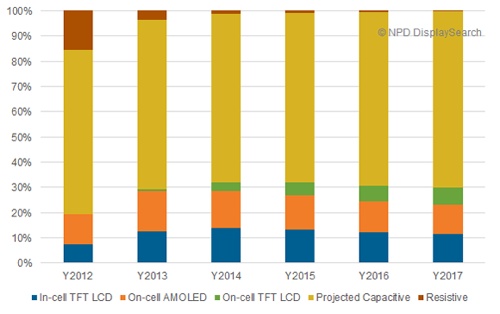 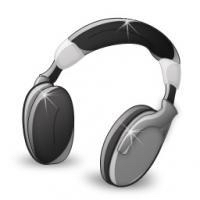