Bible360 is a new “socially-charged” app created by producer Mark Burnett, his wife Roma Downey, Glo Bible and Zondervan. The free app features a 360-degree view of the Bible, including a collection of media from virtual tours of ancient Biblical locations, animated maps, art, and features that allow users to see what their friends are sharing from the Bible through social networking sites such as Facebook and Twitter.

Kaenaa Corp. has announced Hungry Yogi for iOS devices. In the game you help Yogi complete his journey by fulfilling his materialistic desires for food and wealth so that he can finally meditate in peace and reach Nirvana. Hungry Yogi costs US$0.99 for the iPhone/iPod touch version and $1.99 for the iPad version.

Bellamon has released Shape-O ABC’s 1.0. It’s a $1.99 preschool ABC learning app for the iPad. Shape-O! ABC is designed to encourage learning-by-doing by integrating puzzles, shapes, words, colors and sounds into one activity so that kids learn their ABCs in an interactive way.

BuBuCompany has unveiled BlackTower3 Destroy for iOS devices. The free game sports black and white graphics, except for the mystical jewels. Players must kill animated, cartoon monsters behind moving and stationary barriers. The player fires an amethyst, emerald, or ruby, each of which ricochet off seven surfaces before dropping to the ground.

Inneres Auge has introduced the Wonder Puzzle Game game for iOS. In the $1.99 puzzler, you “travel” to exotic locations around the globe — from the arid landscape of the Giza pyramids to the unearthly aura of the Taj Mahal to the stunning panorama of Macchu Pichhu — and more. On the journey, you spin a magic circle to match colored jewels and artifacts.

MaCai Software has debuted Greebly! for iOS. In the $1.99 game, players must create their own environment as a way to solve puzzles in real-time. The goal is to guide a small robot to a power socket before his power runs out.

The History of Rock is a new, $5.99 app for the iPad from ditter.projektagentur based on the music history book from Parragon. It’s offers a definitive guide to rock, punk, metal, and beyond.

iMovie ’09 video training course now available from The Mac U 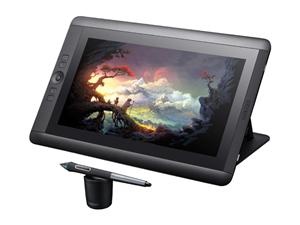