Apple, which is fighting a multi-front and global patent war against competing makers of mobile devices, has indicated a willingness to cut deals with competitors, according to a “Dow Jones” report (http://macte.ch/hLUpx), quoting unnamed “people familiar with the matter.”

The article says that the iPhone/iPad maker has made proposals to Motorola Mobility Holdings and Samsung Electronics to settle some pending litigation in exchange for royalty payments to license its patents, among other terms. Apple purportedly isn’t attempting to offer patent licenses to all its competitors or create a royalty business.

“Dow Jones” — quoting “another person familiar with the matter” — says Apple has asked for between US$5 and $15 per handset for some of its patents in one negotiation, or roughly 1% to 2.5% of net sales per device. However, as the article notes, any offer to license patents would seem to oppose statements from former CEO Steve Jobs, who died in October. 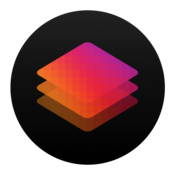 AutoMounter for macOS upgraded to version 1.2.2