Of more interest to us, however, is the fact that Apple climbed one point in the Index to a score of 83. That put it at a five-way tie with Avon, QVC, VistaPrint, and JC Penney. Meanwhile, Amazon climbed two points to score 88 on the study’s 100-point scale, registering the highest score from any retailer in 14 consecutive studies.

On the flip side, Netflix’s well-publicized blunders caused its customer satisfaction to plummet by seven points and 8% to 79. After years of being separated by a point or two, Amazon and Netflix, which are increasingly in direct competition as Amazon expands into streaming video and rentals, are now separated by nine points in terms of satisfaction. Netflix saw scores drop in every single element of the website that ForeSee measures, including site content, site functionality, merchandise, and prices.

Since 2005, the average customer satisfaction score for the Index has increased from 74 to 79. A score of 80 has always been the standard for excellence. The report includes individual satisfaction scores for the 40 top e-retailers for the past seven years.

Next to Netflix, both Gap.com (down 6% to 73) and Overstock.com (down 5% to 72) have the largest declines in satisfaction, leaving them with scores at the bottom of the Index. On the other end of the spectrum, the largest gains in satisfaction go to TigerDirect.com (up 8% to 79) and JC Penney (up 6% to 83), which named Ron Johnson, former head of Apple’s retail operations, as CEO this year. 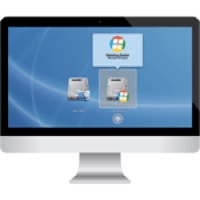