Apple has won several patents from the US Patent & Trademark Office. Following is a summary of each.

In another aspect, a method of image processing, includes: detecting one or more regions in a first image of a high dynamic range scene according to a threshold to generate a mask; and blending the first image and a second image of the scene to generate a third image using the mask. The inventors are Gabriel G. Marcu and Steve Swen.

Apple has also been granted design patents for the Apple TV, the iPod classic and second generation iPod nano. 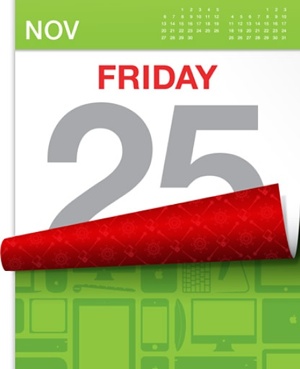 Apple to have ‘Black Friday’ specials

Ingram to provide publishers with access to Apple’s iBookstore