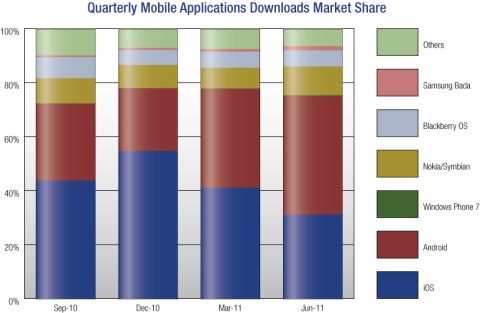 In the second quarter of 2011, Android overtook iOS to become the market share leader in mobile application downloads, according to ABI Research (http://www.abiresearch.com). The market shares of Android and iOS were 44% and 31%, respectively, according to the research group.

“Android’s open source strategy is the main factor for its success,” says Lim Shiyang, research associate. “Being a free platform has expanded the Android device install base, which in turn has driven growth in the number of third party multi-platform and mobile operator app stores. These conditions alone explain why Android is the new leader in the mobile application market.”

Recent quarterly shipment growth figures also explain Android’s ascent to the top app download position, he adds. iPhone shipment growth in Q2 2011 slowed to 9% from 15% a quarter earlier. In contrast, Android smartphone shipments increased 36% in Q2 2011, compared to 20% in Q1. Android’s install base now exceeds iOS by a factor of 2.4-to-1 worldwide; by 2016 this factor will grow to 3-to-1, according to ABI Research.

Global app downloads for year-end 2011 are expected to balloon to 29 billion, compared to only nine billion in 2010. Such stellar increases are largely due to the proliferation of smartphones around the world. The total smartphone installed base is expected to grow 46% in 2011, according to ABI Research. 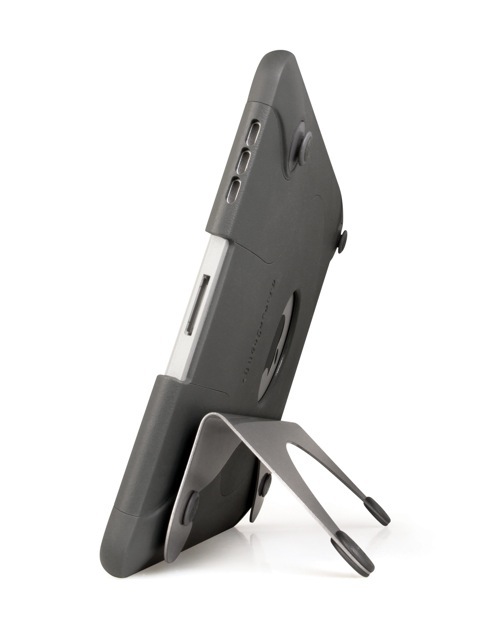 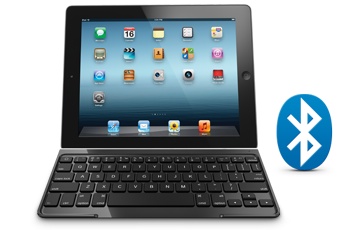