The trend of viewing “live” and on demand programming on devices such as smartphones and tablets is accelerating — with 76% of 18-44 year olds indicating they’re watching more TV on these devices than just one year ago, according to research by video service management specialists, QuickPlay Media (http://www.quickplay.com/).

The report, which captured a number of trends showing shifting TV viewing habits, found that 44% of mobile TV viewers also prefer to catch-up with sports, news, and shows at times that suit them — rather than during the live broadcast. The results come on the back of explosive growth of tablet devices.

Gartner estimates worldwide tablet sales to exceed 63 million units sold in 2011, a 261% increase over 20101 which illustrates the dramatic shift around how, when and where consumers are now watching “live” television and VOD content on their mobile devices.

The survey, which questioned respondents across the UK on their mobile TV usage and viewing experience, indicates that the increase in mobile TV consumption is driving a change in viewing habits including:

° The majority of respondents (51%) reported having watched a TV program or film on a mobile device such as a smartphone or a tablet.

° Mobile TV watchers preferred to view on demand TV (44%) compared to 28% who preferred to use mobile devices to watch live programming.

° Most consumers watch mobile TV at home, but 39% watch TV on mobile devices while commuting.

° TV episodes are the most frequently viewed type of content with nearly 60% of respondents indicating that they use mobile devices to watch TV episodes of shows like “X-Factor” or “Glee,” closely followed by sporting events and news.

° Tablet device users watch mobile TV for far longer time periods than on smartphones — 20% of tablet device users reported having spent more than an hour of uninterrupted time watching a TV program or a movie.

° Mobile TV users are regular viewers with 33% of respondents reporting they watch at least once per week and 12% viewing almost every day.

° As more consumers watch mobile TV, the demand for higher quality and a wider range of services is on the rise with over 75% of respondents stating they would like their service provider to invest more in their mobile TV services.

“We’re in the midst of a massive transformation of the way consumers watch TV and movies,” says Mark Hyland, vice president of Sales and Marketing for QuickPlay Media. “The explosive growth of tablets is driving a tremendous demand for service providers to increase the amount of premium mobile content they offer to their subscribers. As a result, we are seeing a growing number of companies turning to managed video service providers such as QuickPlay as a cost effective way to securely deliver these services and enhance the quality of the video viewing experience.” 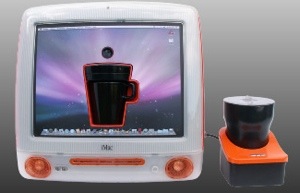