A survey conducted by the Enterprise Device Alliance revealed that IT administrators believe that the challenge of securing mobile devices is the largest impediment to acceptance by enterprises. This seems to be an area in which Apple could turn the tide — especially if the rumors are true that new CEO Tim Cook is more amendable to the enterprise than was Steve Jobs.

Fifty-four percent of the respondents replied that preventing access to sensitive data from unauthorized users is the top concern slowing adoption smartphones and tablets for enterprises. Fifty-nine percent of the IT professionals said that another source of concern is the security risk should the devices be stolen or lost.

Despite these concerns, more than 90% reported that tablets are being tested in pilot or production deployments at their organizations. Though the respondents indicated that only 6% of the employees currently have tablets, they expect that number to increase 250% by the end of next year to approximately 15% of their user community.

The organizations reported a noteworthy divergence of reasons for supporting mobile devices. For smartphones, the most reported benefit driving adoption was email access. For tablets, the driver was executives demanding that IT support the devices. Unlike smartphones, the main use of tablets was apps including “App Store Apps,” custom apps, and mobile access to a variety of enterprise IT resources.

Other findings of the survey include:

° More than half (56%) of IT departments see popular consumer solutions such as Gmail and DropBox as security threats, nearly one third (30%) of all organizations tolerate the use of these consumer solutions because they aren’t using a secure alternative.

° Fifty-five percent of the organizations expect to have completed their pilot testing of tablets and moved to production deployment by the end of 2012.

° Email access is the primary enterprise resource that IT will make available to mobile users (87%) followed by remote control/access to a personal computer (38%) and access to documents and files on corporate servers (31%).

° Perhaps due to the halo effect of the iOS devices, Macs will increase their penetration in the responding enterprise-class organizations by 40% from 6.7 to 9.6% of the personal computers by the end of 2012.

The in-depth survey sought to learn the impact of smartphones and tablets on large organizations and the IT administrators who are tasked to manage and support them. The online survey was conducted from Sept. 22 to Oct. 15, 2011, and elicited 532 responses. You can find the survey report at http://enterprisedevicealliance.org/resource/eda-mobile-survey-summary . 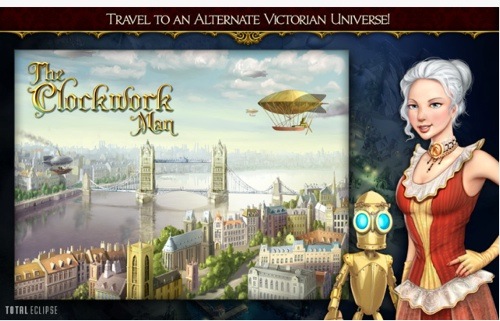 Clockwork Man 1 and 2 available on the Mac App Store