Apple pretty much cleaned up in the latest customer Reliability and Service survey from “PCWorld” (http://www.pcworld.com).

Apple ruled the desktop computer category, with top marks in reliability, service, and features (from product design to ports and connectivity). On the survey’s reliability measures, three desktop manufacturers — Apple, Asus, and Dell for business — earned above-average marks on two or more measures. Apple was the runaway winner with four above-average scores and an average score on the fifth (“Dead PC”).

The happiest desktop users in the survey worked with machines from Apple or Asus. On the “PCWorld” features questions, Apple desktops scored above average on six measures and below average on one (expandability). However, on the service and support measures for desktops, “Apple hogged all of the better-than-average ratings, sweeping the field and leaving the other four vendors to scrabble for what was left,” notes “PCWorld.”

“PCWorld” readers like their iPhones. More survey participants own this model than any other phone, and an unusually high proportion of them praised its durability, ease-of-use, design, and camera quality in the 2011 Reliability and Service survey.
Two smartphone manufacturers received better-than-average marks for reliability from our survey participants in 2011: Apple collected pluses on all four reliability measures, and LG beat the rest of the field on two of the four (“any significant problem” and “severe problem”).

When “PCWorld” readers appraised their phones’ ease of use, they once again pointed to Apple as the best-of-breed smartphone manufacturer. On the survey’s five ease-of-use measures, the iPhone family earned five better-than-average ratings. If it weren’t for an average score for “call quality,” the iPhone family would have grabbed better-than-average scores across the board on the “PCWorld” smartphone features measures; as it is, Apple finished at the upper end on 10 of the 11 criteria.

When it comes to tablets, the iPad remains miles ahead of the pack in durability, ease of use, and features such as battery life, screen quality, and overall speed. In fact, Apple soaked up almost all of the high scores in those areas, leaving the rest of the field saddled with average or below-average scores on the “PCWorld” survey measures.

When the tablet family whose market share exceeds 50% receives better-than-average marks on all four reliability measures, the best the other tablet makers can hope for is to break even, notes “PCWorld.” Asus, Motorola, and Toshiba managed that feat, each garnering four marks of average in a field where no other tablet maker could equal Apple on any criterion.

If the iPad and iPad 2 have any weakness in the area of ease of use, it relates to Internet browsing. On that measure alone, Apple slipped to an average mark in the “PCWorld” survey; “on the other five criteria we asked about, our survey participants lauded it to the skies with which it is so familiar,” the publication says. However, the iPad still rack up a “worse than average” rating when it came to available ports. 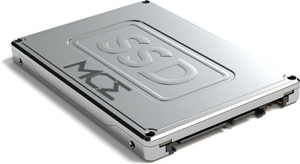