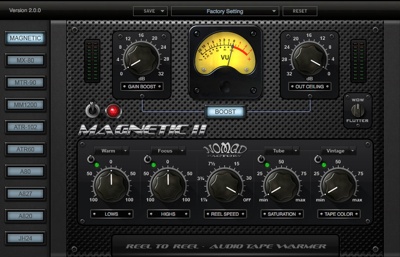 According to the Nomads, this effect can inject sterile audio with the warmth and character of classic tube circuitry and analog tape saturation. The plug-in features analog reel-to-reel tape speeds, tape/tube saturation and tape color effects, as well as a dedicated vintage style EQ and a built-in boost mastering section.