Saks Fifth Avenue has released a free shopping app iPad. With it customers can create wishlists that can be shared through email, Facebook, and/or Twitter.

In collaboration with NoodleWorks Interactive, KwiqApps has released Noodle Words, Active Word Game Set 1 for the iPad. The US$2.99 app is designed to help young readers make the connection between words and their meanings by employing highly animated interactions on a touch-screen device. Noodle Words, Active Word Game Set 1 includes 18 action words (verbs) that convey their meanings through movement and sound effects.

i-CRG Labs has introduced Misty Baby 1.0. The $0.99 app fills the screen of your virtual baby with early morning mist. When you rub the mist, touch and tickle the baby, the baby will laugh, giggle, wheep and sometimes talk with a funny voice.

Figment has launched MultiSig 1.0, a signature management app for iOS devices. The $1.99 application lets anyone create multiple signatures that can be used when sending emails or SMS/iMessages from any iOS device running iOS 5.0 or later.

Kaiser & Kaiser has presented fitnessMeter 1.0 for iOS, a $1.99 fitness app for coaches and individuals that allows automatic measurement of athletic performance in five categories: Flying Sprint, Sprint & Shuttle, Vertical Jump, Repetitions, and Beep Test. FitnessMeter is capable of providing results for more than 20 standard tests and exercises. The app uses the device’s camera and/or accelerometer to achieve an accuracy of +/- 0.02 of a second, leveraging technology from their sprintTimer app.

Joom Tech has given us HeroUp 1.0, a skateboarding game for iOS devices. In the $0.99 app, players catch some serious air from skateboard ramps and literally soar through levels. Levels, guns, new ramps and even special skateboard upgrades can be purchased from the in-game store using the collected coins and medals.

Guumerous has published Frozen Hell ($10.99), an ebook for the iPad that brings to life the battles of the Finish Winter War. It was one of the early battles of the Second World War between the Soviet Union and Finland in the winter of 1939–1940. Based on a Finnish bestseller, the interactive book includes photographs and film material that demonstrate how the small nation of Finland overcame an enemy many times bigger in unbearably cold conditions.

Oceanhouse Media has teamed up with Dr. Seuss Enterprises and Random House Children’s Books to bring The Cat in the Hat’s Learning Library book series to iOS devices. The first book in the series is “There’s No Place Like Space!,”available for the introductory price of $3.99.

REF AS (Norway) has kicked off REF Soccer for iPhone, iPod touch and iPad users. The $0.99 app is designed specifically for amateur and professional soccer coaches and referees. The tool allows for game control, including player selection and switching, time tracking, report generation and more.

Ninja Runner has dashed out from Papple Studios. In the $0.99 game you help the Ninja avoid obstacles and spring into the air using umbrellas. Soar through the skies using precise timing to activate your glide stick to go farther and stay alive longer.

MyList is a new, free iPhone app that offers users with 3G or later phones the ability to scan a product’s bar code and transfer the data to its database where the information can be sorted and compared using several factors like price. MyList also allows you to take a photograph of the item being shopped for.

Mark Schlichting has created an interactive product for children. Noodle Words, an animated learning app for iPad ($2.99) is a word toy for kids through movement and sound. 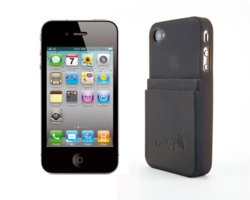