Apple looking into an telephonic antenna for its laptops 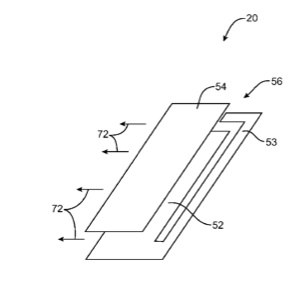 An Apple patent (number 8054232) has appeared at the US Patent & Trademark Office that shows Apple is working on a telephonic antenna for its laptop line.

“For example, portable electronic devices such as laptop computers can communicate using the Wi-Fi® (IEEE 802.11) bands at 2.4 GHz and 5 GHz and the Bluetooth band at 2.4 GHz. Communications are also possible in data service bands such as the 3G data communications band at 2100 MHz band (commonly referred to as UMTS or Universal Mobile Telecommunications System).

“To satisfy consumer demand for small form factor wireless devices, manufacturers are continually striving to reduce the size of components that are used in these devices. For example, manufacturers have made attempts to miniaturize the antennas used in portable electronic devices.

“A typical antenna may be fabricated by patterning a metal layer on a circuit board substrate or may be formed from a sheet of thin metal using a foil stamping process. These techniques can be used to produce antennas that fit within the tight confines of a compact portable device. With conventional portable electronic devices, however, design compromises are made to accommodate compact antennas.

“In this type of arrangement, there may be one or more dielectric members (e.g., trim beads) along the perimeter (or along a portion of the perimeter) of at least one of the conductive housing portions. The dielectric members can be used to protect the laptop computer from damage when the laptop is closed (e.g., by preventing the two housing portions from directly contacting each other). 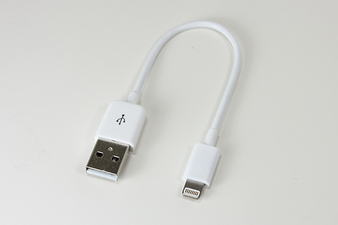