‘NYT’: Apple HDTV will use Siri as its main interface

“The New York Times” (http://macte.ch/bx7YF) says that Apple is indeed working on its own HDTV — and that it will use Siri as its main interface.

Siri, introduced with the iPhone 4S, lets you use your voice to send messages, schedule meetings, place phone calls, and more. Apple says that you can ask Siri to do things just by talking the way you talk. I haven’t tried it, but Apple says Siri understands what you say, knows what you mean, and even talks back. What differentiates Siri from competing technologies is its ability to not only recognize words spoken in a normal tone of voice, but its capacity to pick up on the contextual meaning of a phrase, according to Apple.

According to “The Times,” you’ll be able to sit on your couch and rather than fumble with several remotes or use hand gestures, you simply talk: “Put on the last episode of Gossip Girl.” “Play the local news headlines.” “Play some Coldplay music videos.” Siri does the rest.

Nick Bilton, writing for “The Times” says: “The company also needs to wait until the cost of large displays falls. Although some 42-inch LCD televisions from mainstream consumer electronics companies can cost as little as $500, the Apple television would include computer electronics and other technology that may make the price uncompetitive. And as my colleague Nick Wingfield recently noted, Apple is no longer the high-priced producer in any category it has entered. The company is now close enough that it could announce the product by late 2012, releasing it to consumers by 2013. It is coming though. It’s not a matter of if, it’s a matter of when.” 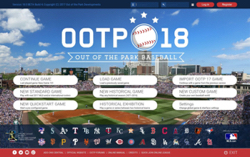