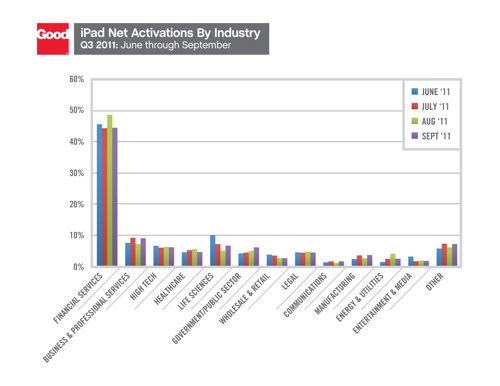 Good Technology (http://www.good.com) — which provides secure and managed enterprise mobility for the iPhone, iPad, Android and other mobile platforms — has released its quarterly data report detailing the changing landscape of IT and mobile enterprise technology.

In the third quarter of 2011, Apple devices held onto their lead in the enterprise deployments, while Android smartphones gained steady ground in terms of activation volume among the thousands of enterprise and public sector Good Technology counts as customers.

“This quarter, we saw Android smartphones gain in percentage of total activations,” says John Herrema, senior vice president of Corporate Strategy at Good Technology. “This is likely due to consumers holding back purchases of new iPhones in anticipation of Apple’s latest release (the iPhone 4S) — as our reports indicate, consumers are setting the agenda for enterprise mobility. Looking forward to Q4, 2011, we expect to see the iPhone 4S to be the catalyst for an Apple rally.”

Good Technology ran preliminary numbers on just the opening weekend of the iPhone 4S’ availability (Oct.14-16) and found a 25% increase in activations compared to the 3Q daily average for the iPhone 4. Other findings:

° Among the top 10 industry verticals, financial services continued to see the highest level of iPad activation, accounting for 46% for the quarter — more than tripling the amount of activation in any other industry.

° iOS devices (iPhone, iPad and variants), accounted for over 70% of activations in Q3. 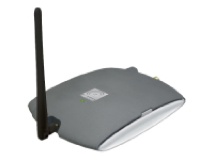