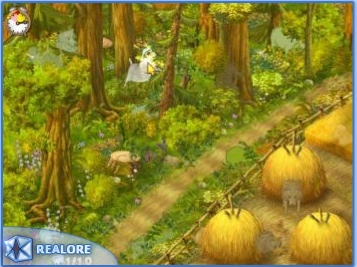 Realore Studios has released Farm Mania, an agricultural simulation game, on the Mac App Store. It requires Mac OS X 10.6.6 or later and costs US$6.99.

Here’s how the game is described: “Farm Mania does not strain too far from a general agricultural time management game formula: players grow crops, feed animals, build the farm to bring profit and top quality food to people in nearby towns. The attention to detail and developers’ dedication to a well-balanced gameplay is where the game shines, making players’ experience with Farm Mania smooth and pleasant.

“Players can enjoy the game in an arcade mode – where they must achieve certain goals within a limited period of time, or just sit-back and slowly, step-by-step lead their farm to prosperity in casual mode. Between the levels players buy upgrades for their farming tools, new seeds and baby-animals to grow. Later in the game players gain access to a wide variety of structures that help process food and wool and make delicious milkshakes and mittens to sell at the local market.