Internet Design Zone has announced Fun Photo Effects HD 1.0 for the iPad. The free app lets you create personalized iPad wallpapers by putting your photos in hand-drawn images. Every effect has been drawn by hand by artists.

iCandyApps has released Craigslist! App for the iPhone and iPod touch. Offering all the essential functionality and information listed on the website, the US$0.99 app lets you surf through a centralized network of online communities with sections devoted to jobs, housing, personals, for sale, services, gigs, resumes, and discussion forums.

Sprightly Software has launched Four Seasons 1.0, the latest in Sprightly’s series of solitaire games for iOS. In this $1.99 card game players attempt to get all 52 cards into each of their corner foundation piles. There are five piles in the main play area on which cards can be dragged from the discard pile.

Neon Play has unveiled Golf Putt Pro 3D 1.0, a 3D version of their Golf Putt Pro for iOS. The free game boasts undulating greens, obstacles and realistic gameplay. The objective is to sink hole-in-ones by using the curves of undulating greens and rebounding off of crazy golf inspired-obstacles. The game launches with three courses and the ability to upgrade golfing equipment.

Krazysoft has debuted Ball Skills 1.0 for iOS, a football app that challenges the player to develop professional ball handling skills. The $0.99 game focuses on one aspect of football: the player must develop their ability to control the ball and keep it aloft by tapping beneath it. As players move through six stages, each with eight levels, new hazards and bonuses are introduced.

Konami Digital Entertainment has kicked off Pro Evolution Soccer (PES) 2012 for the iPad, iPhone and iPod touch. Like its console counterparts, the game features all-new game modes. Players can move both on and off the ball, while goalkeepers have been enhanced to close down attacks, react acrobatically to tip shots past the post, and will come off their line to claim a loose ball. Pro Evolution Soccer 2012 is free; additional downloadable content is available for $5.99 through an in-app purchase.

AMI Entertainment Network has scared up Monster Madness HD, a puzzle game for the iPad. The $0.99 app challenges players with two modes of gameplay and 12 rounds of escalating difficulty.

LinkedPixel’s latest mobile app, Palette0, allows users to convert real photographs into vintage video game artwork. Inspired by real and conceptual electronic gaming devices from the 1970s through the 1990s, the app includes a diverse set of system filters. Each filter alters the properties of a photo to generate an image that conforms to the selected system’s technical limitations. Palette0 is available in free and premium versions. The free version only includes half of all available filters and has other restrictions.

Mile 26 Studios has given us Scribble Kid, an educational drawing app for preschoolers. Developed exclusively for the iPad, the free app offers a way for budding artists to express their creativity by picking a color and scribbling away.

Juno Tree has cooked up Sticker Quest 1.0, a family friendly lifestyle app for iOS devices. Recommended for kids between the ages of 3-12 years old, the $0.99 was designed by parents, for parents. Parents and kids play Sticker Quest together; it gives kids everyday quests to complete, like brushing their teeth or playing in the park, to earn and unlock new stickers.

MarsApp has developed Camatrix 1.0, an augmented reality camera for the iPhone. The $0.99 app uses an edge-detection algorithm to render the digitalized world image. Your photo can be shared by email, Facebook, Twitter as well as saved to your photo album.

Toccata Technologies has served up FaceBooth for iPhone Free 1.0, an app that performs advanced image morphing of a male face and a female face to produce a photo of what the pair’s grown child might look like. With face-detection technology, the utility permits one-button swapping of the main and secondary faces, plus continuously variable control over the influence of the main face on the final image. FaceBooth uses camera photos, album photos, or built-in model photos.

Dragnstore is extending its security services to the mobile space via a free iPhone app that safeguards your mobile data. Through the latest cloud technology, dragnstore enables users to upload and store their mobile content for access again anytime and anywhere by logging into the dragnstore website.

Adobe has announced three “coming soon” iOS apps. Adobe Photoshop Touch will allow users to transform images with core Photoshop features and create new images by combining photos, choosing elements to edit, and applying filters and other effects. Adobe Collage will help creatives capture and refine ideas and concepts by allowing them to combine inspirational images, drawings, text and Creative Suite files into modern, conceptual mood boards. Adobe Debut will let users present designs to clients and stakeholders virtually anywhere. Adobe Ideas will be a vector-based tool for drawing, using either a stylus or a finger. Adobe Kuler is designed to generate color themes. Adobe Proto will enable the development of interactive wireframes and prototypes for websites and mobile apps on a tablet using gestures and a touch-based interface.

2K Sports says NBA 2K12 will be available for the iPad, iPhone and iPod touch on Oct. 4. In the game — which costs $4.99 for the iPhone/iPod touch version and $9.99 for the iPad version — gamers can take the court with “precision controls, an incredibly smooth frame-rate, and high-quality graphics.” Additionally, the re-imagined control scheme offers touch-based gestures for passing, shooting and blocking. 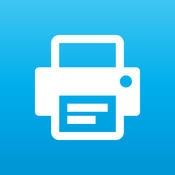 ActivePrint Pro designed to let you print from an iPad Pro