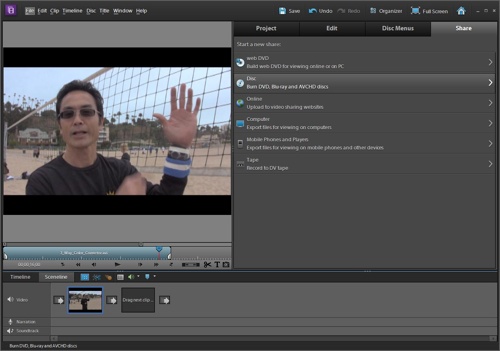 Adobe Photoshop Elements and Adobe Premiere Elements (http://www.adobe.com) are two topnotch products for the Mac. Recently upgraded to version 10, the consumer photo- and video-editing software packages are available as standalone products or as a single retail package.

Think of Photoshop Elements 10 as Aperture Express (or iPhoto Pro) if you will — an application for those who want more power than iPhoto, but don’t need all the bells and whistles of Apple’s Aperture or Adobe’s Lightroom. The latest version sports enhanced content-intelligent tools powered by the same engine that fuels Adobe Photoshop software. New Guided Edits, like Depth of Field and Picture Stack make life easier by providing step-by-step guidance to create photos. Also, Facebook enthusiasts can tag photos based on their Friends List.   Photoshop Elements 10 adds more ways to work with photos creatively, such as the ability to add text that automatically follows the outline of a subject or a custom path and crop guides for the best compositions. What’s more, users can now apply 30 new Smart Brush effects by simply brushing over an area of the photo.

Visual Search, formerly just offered for Windows uses, has come to the Mac version of Photoshop Elements. This makes it easy to search for similar photos. Photoshop Elements automatically searches based on certain criteria, such as colors or shapes.

Version 10 also makes it easier to find and delete unwanted duplicates of photos. And, let’s be honest, in this age of digital cameras, photos multiple faster than rabbits in mating season. With Duplicate Photo Search, the Elements Organizer can now detect duplicate photos so you can group or delete them.
Photoshop Elements has always been easy to use (which makes it better than the full-fledged Photoshop for most of us), but it’s even easier in version 10, though its interface isn’t quite as graceful as that of iPhoto. Guided Edit options — and three new ones are added in version 10 — walk you step-by-step through the process of achieving editing effects such as Out of Bounds, making an element of a photo appear to leap off the page in 3D, or retouching. Layer Masks let you create richly layered photos.

It’s a no-brainer to match a favorite photo style with Adobe Photomerge Style Match. And it’s a breeze to create panoramas with the Photomerge Panorama feature. Plus, there are plenty of filters, grids, text tools and more for advanced work.

What may be my favorite feature in both Elements and Premiere Elements is the Organizer, which is accessible from both apps. All media — photos and video — is tagged, searched, protected, and can be accessed from either product in the same way. Tagging enables you to quickly find what you need, and the Auto-Analyzer takes the work out of tagging your photos. Auto-Analyzer also has People Recognition, lets you quickly find specific people.

The new Object Search makes finding photos based on what is in them as easy as drawing a box around the object. What’s more, to keep an entire collection of photos organized and clutter free, the new ability to search for duplicate photos helps users group and delete photos they don’t need.

With the enhanced Organizer integration between the two products, when you select video editing options in Photoshop Elements 10, Adobe Premiere Elements 10 will automatically launch. If the software isn’t installed, a dialog box appears asking if you want to install the software from DVD or download a free 30-day trial.

In Photoshop Elements 10, Adobe Photo Downloader has been integrated into the Windows AutoStart window that pops up when you first connect an external device like a camera or a USB drive. The Photo downloader can also be launched from within the Organizer, using  File Get Photos and Videos From Camera or Card Reader.

If you run multiple versions of the product at the same time, only the latest version can synchronize to Photoshop.com and use related membership services. But why would you do this?

Finally, Photoshop Elements 10 doesn’t support the Map View that was available in previous versions (PSE5 onwards) of the product in Elements Organizer. If you’re converting a catalog from a previous version of PSE your images will still retain any Geocoding that you had associated them by dropping them onto the map. However, you’re not able to visualize those on the Map. If you had any Albums in your catalog that had the Map template applied to it, the Albums are converted to the default Elements Organizer template.

With version 10, Photoshop Elements is no longer Photoshop’s underpowered little brother. It’s become “Photoshop for the rest of us.” 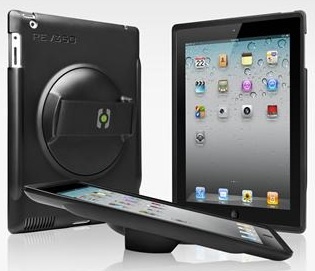