Can Apple ‘save’ the consumer 3D market? 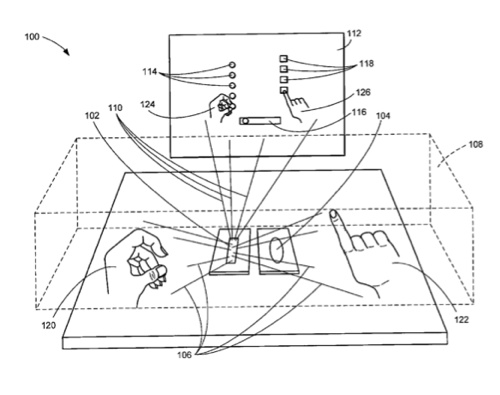 3D TV in homes has gotten a tepid reception, but Apple seems to have big plans for 3D technology. Patent number 8018579 for a 3D imaging and display system indicates that 3D manipulation may be part of future Mac OS X and iOS devices.

A three-dimensional imaging and display system is provided in the patent. Apple says that, despite all the current 3D solutions and technologies, there’s a need for an “uncomplicated, economical, yet highly effective 3D input devices for computers.”

Such devices need to be able to detect, analyze, and measure objects located in a 3D volume, and to observe and track motions (think Microsoft’s Kinect technology for the Xbox). Apple is eyeing devices that would be designed compatibly for use with 3D graphically intensive activities.

They need to be capable of operating by optically sensing object or human positions, orientations, and/or motions. For reasons of cost as well as user convenience, they should be compact and capable of incorporation into a simple, small, single housing or unit. They also need to be versatile, and capable of working effectively and beneficially with the full range of conventional consumer appliances.

Apple plans for its 3D devices, should they ever make it onto the market, to be capable of “economically but effectively and precisely providing feedback to the user.” The devices would incorporate audio and/or visual mechanisms for reporting to the user the effects and results of the 3D input. Not surprisingly, Apple wants such devices to be “compact and capable of incorporation into a simple, small, single housing or unit.”

Who knows whether such devices will see the light of day? But if they did, and if it was Apple that “saved” the consumer 3D market, that wouldn’t surprise me at all.