NowApp has announced ALmu: Alarm with Music Gold 1.0, a clock utility for iOS devices. The US$0.99 app allows the use of songs from the user’s playlist as an alarm tone.

Lucky Clan has released Top Camera 1.0 Lite for iOS, a free version of their photography app for iOS. It includes all the features of the paid app with low resolution capture. Features include Slow Shutter Mode with Light Trail effects and Folders for file management.

Mindshapes has introduced Hickory Dickory Dock, its latest interactive educational app for the iPad, iPhone and iPod touch. The $2.99 app introduces children between ages three and five to the fundamentals of telling time and teaches them the numbers 1 through 12.

Zephyr Games has unveiled Kiwi and Pear’s Balloon Adventure 1.0 for iOS. The $0.99 interactive game is based on the best-selling hardcover book for kids. Kiwi and Pear are two adventurous monkeys who travel and explore the world while spreading love, friendship and smiles to everyone and everything they meet. The game is a vertically scrolling joy ride through the clouds that allows players to control Kiwi and Pear’s balloon as it rises through the air by tilting their device from side to side.

The Digital Norm has unleashed Bad Cats 1.0 for the iPhone, iPod touch and iPad users. The $0.99 game challenges players in three different levels, to accommodate from young children to college students, to flip cat photos to match pictures and find fifty things that the cat dragged in.

25dev has rolled out Nanosec: Advanced Alarm 1.0 for the iPhone, iPod touch and iPad. With the $0.99 app, users are able to set multiple alarms at once; set daily, weekly, or monthly reminders; wake using fade-in mode, music, vibration or a user’s own MP3 music. The app allows for the customization of settings and includes the ability to set watch times by rotating the hands with a finger.

TechiXoft has cooked up Currency Banknotes Lite 1.0, a free version of their iPhone app. It’s a currency converter that also displays paper bill images for each currency.

The new $6.99 Book Creator for the iPad removes the barriers from creating fixed layout iBooks such as picture books, photo books and art books. It provides an interface for designing e-books right on the iPad and can export to iBooks.

Tone Unit has served up Chromat 1.0, a real time music composition app for iPhone, iPad and iPod touch users. Through a color-based user interface, Chromat is built on a music-modeling technology specifically for creating original music in real time. Musicians and listeners often imagine new types of music by comparing and contrasting music already known. Chromat turns this process of the imagination into real actions that produce unlimited musical invention and variation.

Webcreatorhub has created FestiveAnimals 1.0 for the iPhone, iPad and iPod touch. In the $0.99 game, animals plan to gather for halloween party and dress up in different costumes like princess, witch, pirate, devil, grandma and superhero. The costumes can be added while animals are wearing them and finally send animal costume by email to anyone. The costumes can be built on each animal as they wear them.

W Magazine has published “The Daily W,” an iPad exclusive app. The app — ongoing and free of charge — iis a daily offering of “must sees” and “must haves” carefully curated by the editors of “W.” This app is not a digital edition and functions separately from “W Magazine” and wmagazine.com.

Tiny Spaceman Media has teamed up with Pyntail for Babes vs Robots for iOS. It’s a $0.99, physics-based arcade puzzler with retro side scrolling platformer and a 1950s sci-fi theme. 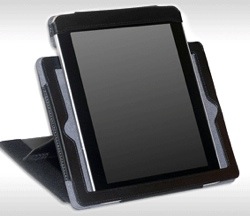 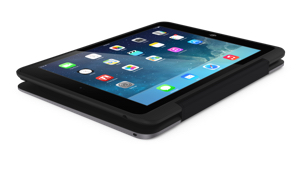