Motoroogle is the oldest/newest player/casualty in the mobile market, though perhaps not for the reasons some might suppose. On the one hand, the passing into new hands of the mobile telecom portion of Motorola represents more blood on Apple’s click wheel.

On the other, the US$12.5B Google spent on the acquisition is more a defensive measure than a bold new step. When Google failed to win the bidding war for the Nortel patents, and worse, lost to Apple, Something Had To Be Done. This purchase is not about overspending on an entity that was about to pass from the scene. Rather it is about stocking up on patents.

The high tech landscape just now is reminiscent of the elementary school yard.

“Get out of my way or I’ll punch you.

“Oh, yeah, if you do, my patent lawyer will hit you with ten suits.”

“Nyah, nyah. My patent war chest is ten times the size of yours.”

“Wanna bet? I just bought another ten thousand. I’ll get you back, see if I don’t.”

In a few years, the big players will get over it, the only way they can–by cross-licensing agreements not to waste money on legal spats that no one wins. Meanwhile, a lot of lawyers are about to become very wealthy at the consumers’ expense. Trouble is in this case, that the Spy isn’t at all convinced Google bought a very high quality patent portfolio.

The ones who should be worried are are RIM, Nokia, and Samsung. The latter has been aggressive already, adding regularly to the almost daily lawsuits filed against Apple. The other two, and especially RIM, seem suddenly very vulnerable. RIM recently announced Android apps for the Blackberry, but that seems a weak response.

Hmmm. How about RIM as an Apple subsidiary, its phones able to run iPhone apps. Naw. They’d be too slow. Meanwhile, back at the Nokia ranch, market share slowly declines without much sight on a creative response. Look for it to be swallowed. Look for other large-scale patent holders to become takeover/merge targets as well.

The Spy wondered in this space at the time why HP was wasting money on Palm and WebOS. Someone there seems to have decided he was right after all, for HP is returning to its roots by divesting itself of its computing and mobile businesses. This move was inevitable, but comes a couple of years late to avoid huge losses in share price. Brave words about the future of WebOS notwithstanding, it appears to the Spy that WebOS is dead, dead, dead. Who would buy it? Of course, he asked that question before.

But what is worse, by tanking its own shares, HP has transitioned itself from predator (Compaq and Palm) to prey. Sans any PC or mobile business, it might make a good fit for Apple, provided they care to return to the printer business, which seems at first blush unlikely. Then again, HP does have a few patents that might be worth something.

The bottom line here is that North American companies simply cannot compete in the generic me-too PC computer commodity market. Apple owns the high end, and its iPads are squeezing out the low end. The middle is none too profitable, and manufacture can be handled by low cost Oriental and South American shops that sell into the North American market via dollar stores and other mass merchandising outlets. For such a machine, corner stores and big box retail will do.

There is no need for an outfit like HP to make such machines. Now follow that logic, Michael Dell, and tell me about your survival strategy? Wind up the company and give the shareholders’ money back?

Yet another recent casualty is the Microsoft book reader, and despite assurances to the contrary, ultimately the .lit format. Back in the day, the Spy was an early adopter of the Gemstar reader. But it got terminated, its IP taken over by Fictionwise, who kept it going for a while. But face it folks. The market has told us repeatedly that there is little future in proprietary book readers and file formats. Even Apple is having a hard time gaining traction with iBooks, which is an indifferent reader program at best, and poor for PDFs compared with other iPod apps.

A superb book reader is an essential component of the Spy’s fictional PIEA (Personal Intelligence Enhancement Appliance), used daily by Hibernians of all classes, and written about by the Spy since the mid 1980s. (The Fourth Civilization.) When I spoke at length with Tim Cook concerning book readers at the 2001 WWDC, he told me that Apple hadn’t yet figured out how to “do an ebook reader right” and would not do one at all until they could.

The iPad and better software might be the right answer, but his comment is still true. Apple has not yet done a book reader. Again, the first company that does “do it right” will obsolete every textbook publishing company on the planet, that latter being the most broken industry of all. (Though perhaps the pulp and paper industry is the most suffering.)

And as for MS continuing to support .lit, we’ve heard that one before. Give it a year or so, and it’ll be forgotten.

TANSTAAFL, or so they say. The Spy has two corollaries. The first employs a greedy algorithm, and goes like this: “Every once in a while, there is a free lunch. Sit down and eat.” The second is the more thoughtful and conservative: “When someone offers you a free lunch, ask who’s paying the bill.

This latter is a question the “free world” should have been asking of the totalitarian regimes it has tolerated for their oil exports (or other political goodies). It is a question every populace in a nation running a current accounts deficit should be asking.

In our industries, it is a question the consumers of flat screen TVs and DRAM should be asking, as both sectors starve themselves just to sell product at all, even at a loss. Look for major consolidation in this industry, and for Apple, when it does take a jump in this direction of TV, to think very different, thus accelerating the demise of some big players.

But of more interest to the Spy, it is a question the whole industry ought to be asking about the supply of talent–notably that of trained professional programmers. Their education isn’t free, but the industry has done little to partner with education in the last decade, and it shows. Yes, there is scant evidence that enrolment in first year programming classes has begun to turn around, but the big technology companies need to take care lest the university computing science department geese that lay their golden software eggs die of starvation.

Such was a theme of this column in the early 1980s, and for a brief time, Apple (U.S. only) took note and made friendly with higher education in a haphazard sort of way. But in more recent years, and despite the Spy’s urging better things on the movers and shakers of the big money high tech industry, Apple and Tim Cook personally both included, they have paid little attention to higher education.

With CS enrollment in the tank these last five years, the shortage of programmer talent in North America is about to become extreme–good news for the pay cheques of those already writing commercial code, but the harbinger of desperate times for those hoping to do the hiring. The free lunch is over, ’cause no one ponied up to foot the bill and promote the profession.

There’s just one more thing as iSteve would say, and there’s a good reason for leaving him to last in this month’s column. The Spy has seen hundreds of columns of print and virtual ink on his passing the CEO baton to the aforementioned Tim Cook, together with a mountain of speculation about the future of Apple, whether it means a new lease on life for its competitors, and the like — all this having the flavour of a eulogy or obituary for iSteve or his little company.

Let the Spy make of that mountain a molehill. First, Steve Jobs isn’t going anywhere. He will be an active and involved Board Chairman with far more influence and say than usual for such a position. Second, he worked a full day at Infinite Loop before making the announcement, and can be expected to work many more. Let his obituary be (when the time comes to write it) that he went out with his boots on. Third, the Spy is convinced that this move is not at all about Jobs’ health, but rather calculated to maximize benefit to the corporation.

Consider: who was until that announcement was made, the single most marketable iCEO on the planet? Suppose Nokia, HP, Sony, or IBM had offered Tim Cook a few bazillion dollars and shares to jump ship? What would happen to Apple’s share value then? Exactly. As confirmed Apple CEO there is no “up” on the planet to go to in corporate life. With the offer of a million shares after ten years (could be worth over $1B by then) he’s got it made in the shade, and so has the company. This was the right move, made at probably at the best time, that is a month plus before the next iPhone announcement, which your read in this space some time ago would be in October, the Spy will suggest, before the tenth.

The difference to daily life at the Loop? Where do the brightest and best talents in the industry already work, or aspire to? Exactly. Apple will be insanely greater than any other company in its space for a long time yet. You read it here first.

Once again the Spy is running for the board of CIRA (the Canadian Internet Registration Authority), a non-profit corporation set up to run the .ca domain here in the frozen north. He previously served on the board for three years. See the link below for more information on how to become a member, find his platform, show support, and vote.

What word did you use to fill in the title?

Opinions expressed here are entirely the author’s own, and no endorsement is implied by any community or organization to which he may be attached. Rick Sutcliffe, (a.k.a. The Northern Spy) is professor and chair of Computing Science and Mathematics at Canada’s Trinity Western University. He has been involved as a member or consultant with the boards of several organizations, including in the corporate sector, and participated in industry standards at the national and international level.

He is a long time technology author and has written two textbooks and six novels, one named best ePublished SF novel for 2003. His columns have appeared in numerous magazines and newspapers (paper and online), and he’s a regular speaker at churches, schools, academic meetings, and conferences. He and his wife Joyce have lived in the Aldergrove/Bradner area of BC since 1972. 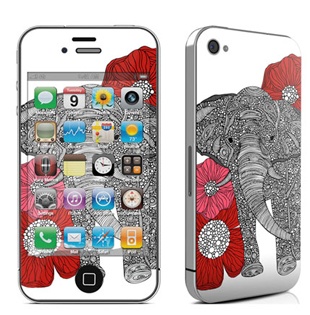