Canon (http://www.usa.canon.com) has added the PIXMA MG8220 and MG6220 All-in-Ones to the company’s line of wireless photo all-in-one models with the ability to print, copy and scan images and documents.

Canon has designed the PIXMA MG8220 and MG6220 Wireless Photo AIO printers to print from nearly any screen whether on a cell phone, tablet, laptop or desktop computer, according to Yuichi Ishizuka, executive vice president and general manager, Imaging Technologies and Communications Group, Canon U.S.A. The Canon Easy-PhotoPrint mobile app, for use with compatible Apple smartphones and tablets, has also been upgraded, allowing users to print PDFs directly from compatible wireless devices. What’s more, users can scan documents on the printer to be sent directly to a compatible wireless device.

Exclusive to these two PIXMA printer models, is the ability to print select Google Docs and Gmail attachments from any accessible device. For registered users of Canon Image Gateway or Picasa Web Albums, users can wirelessly access their photo albums directly through the printers without the use of a computer.

All users will have access to exclusive printing templates including stationery, envelopes, memos, calendars and others. The PIXMA MG8220 and MG6220 Wireless1 Photo AIO printers are 802.11n Wi-Fi certified. Wireless networks can be set up with the press of one button when using a Wi-Fi Protected Setup (WPS).

Designed with the photo enthusiast in mind, the PIXMA MG8220 Wireless Photo AIO printer — which has an estimated selling price of US$299.99 — can produce a 4 x 6-inch borderless photo in approximately 20 seconds, utilizing a variety of fine art type papers. This new PIXMA photo printer will also deliver output at approximately 12.5 ipm for black-and-white documents and approximately 9.3 ipm for color.

In addition, the printer has a maximum color resolution of 9600 x 2400 dpi (dots per inch). This printer is also the only current Canon PIXMA model with a Film Adapter Unit for converting of older slides and negatives to digital. A 3.5-inch LCD has been included along with Advanced Media Handling options such as Auto Duplex copying, printing and a two-way paper feed, helping reduce the amount of time it takes to complete a project. 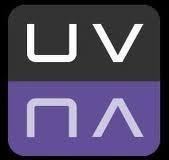