Whether you subscribe to sell-in statistics (shipments) or sell-through (sold in-store) statistics, there simply aren’t enough of them to bury the fact that Nokia had a devastating second quarter (Q2), according to Strategy Analytics (http://www.abiresearch.com).

Falling from first to third place in smartphones doesn’t do justice to the level of damage Nokia suffered, according to the research group. While the overall handset market was essentially flat from Q1 to Q2 (0.5% growth), Nokia watched China-based ZTE and Huawei eat its lunch at both the high and low ends of the market, growing 28.9% and 26.3% QoQ, respectively, in overall handsets sales.

“Despite being the number one OEM for more than a decade, this quarter shows Nokia’s position in the top five is the one most at risk,” says Kevin Burden, vice president and practice director, mobile devices, ABI Research.

Nokia’s 88.5 million handsets “sold-in” during Q2 are 20 million units less than it sold in its previous quarter. It equates to 7.5 million fewer smartphones and 12.5 million fewer feature phones shipped for a crushing 18.4% sequential drop for the former leader of the mobile device industry.

Nokia’s share of smartphone shipments into the channel was halved over the past year and it lost a third of its market share in Q2 alone. Although Nokia remains the top overall handset manufacturer with 24.6% of the 359.7 million mobile phones shipped in Q2, Apple now leads in smartphones with 20.3 million iPhones shipped, with Samsung in second with 18.7 million.

“Nokia’s only response has been to lower handset prices, cut profitability and personnel, and blame an overstocked channel as its shipments to China dropped 51% in Q2,” says Jake Saunders, ABI Research’s vice president of forecasting. “Nokia’s financials and inventory levels indicate a lack of demand in a number of regional markets was the problem, not overstock. In Nokia’s European home field, shipments dropped 21%, as more nimble players like HTC (12.1 m) and LG (24.8m) used Android to capture Symbian customers leaping off the burning platform before Nokia opens its Windows Phone strategy.” 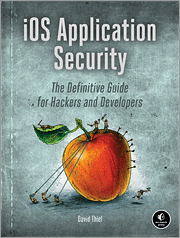