Apple’s share of the global mobile phone market (smartphones and others) almost doubled year-over-year in the second quarter of 2011, from 2.4% to 4.6%, according the Gartner research group (http://www.gartner.com). This puts Apple in fourth place among mobile phone vendors, behind Nokia, Samsung and LG.

“Smartphone sales continued to rise at the expense of feature phones,” says Roberta Cozza, principal research analyst at Gartner. “Consumers in mature markets are choosing entry-level and midrange Android smartphones over feature phones, partly due to carriers’ and manufacturers’ promotions.”

However, replacement sales in Western Europe showed signs of fatigue as smartphone sales declined quarter-on-quarter. In smartphones, Nokia’s sales into the channel in the second quarter of 2011 were low. This was partly due to a very competitive market that deflated demand for Symbian, but also to inventory management issues in Europe and China in particular.

The channel bought less and worked hard to reduce stock levels, partly by cutting prices on older products. These factors reduced Nokia’s average selling price for smartphones, compared to the first quarter of 2011.

“The sales efforts of the channel, combined with Nokia’s greater concentration in retail and distributors’ sales, saw Nokia destock more than nine million units overall and five million smartphones, helping it hold on to its position as the leading smartphone manufacturer by volume,” says Cozza. “However, we will not see a repeat of this performance in the third quarter of 2011, as Nokia’s channel is pretty lean.”

Samsung achieved strong growth in sales of mobile devices. For example, the Galaxy S II sold well, and this model went on to chalk up five million sales by the end of July. A strong performance in the smartphone market helped Samsung increase its market share, to become the third-largest smartphone vendor, says Gartner. However, its overall share dropped year-on-year, and grew only marginally quarter-on-quarter, mainly due to Samsung’s weaker presence in more price-sensitive market segments.

Apple continued to exceed expectations, even though the iPhone 4 will soon be replaced by a new model. Part of its growth came from the 42 new carriers and 15 new countries that it entered in the second quarter of 2011, which brought its total coverage to 100 countries. This expansion caused its inventory to grow a little by the end of the second quarter of 2011, when sales to end users stood at 19.6 million units. In mainland China, Apple is the seventh-largest mobile phone vendor and the third-largest smartphone vendor.

Research In Motion’s (RIM’s) share of the smartphone market declined to 12% in the second quarter of 2011, from 19% a year ago. Also, the company lost its No. 5 position in the worldwide ranking of mobile device vendors to ZTE. Demand for RIM’s devices in the second quarter was impaired by an aging portfolio and delays in shipping products. In the coming quarters RIM will have to deal with increased competition to its messaging offering and manage a platform migration from BlackBerry 7 to QNX, says Gartner.

Google and Apple are the obvious winners in the smartphone ecosystem. The combined share of iOS and Android in the smartphone operating system (OS) market doubled to nearly 62 % in the second quarter of 2011, up from just over 31% in the corresponding period of 2010. Gartner analysts observed that these two OSs have the usability that consumers enjoy, the apps that consumers feel they need, and increasingly a portfolio of services delivered by the platform owner as well.

“We expect manufacturers and distributors to remain cautious about raising their stock levels in the second half of 2011, following the recent uncertainty on the world financial markets,” says Annette Zimmermann, principal research analyst at Gartner. Gartner expects sales of mobile devices to grow around 12% in 2011. Apple’s share of the global mobile phone market (smartphones and others) almost doubled year-over-year in the second quarter of 2011, from 2.4% to 4.6%, according the Gartner research group (http://www.gartner.com). This puts Apple in fourth place among mobile phone vendors, behind Nokia, Samsung and LG. 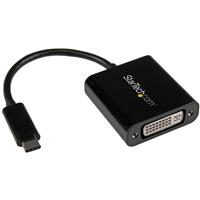