While much has been written about the Apple vs Android patent war going on in courts and trade commissions around the world, there hasn’t been nearly as much written about Oracle’s suit directly against Google over using Java code without a license. Apple has chosen to attack all the handset manufacturers in separate actions rather than going after Google, head on. Both points of attack are beginning to have some effect, if the level of retoric coming from Google is any indication.

Oracle is suing Google for using patented Java code without a license in the Android OS. The head lawyer at Google was famously quoted recently whining that in effect, patents shouldn’t be applied against open source software. One has to imagine if it were Google’s patents being infringed, the story would be quite different.

The allure of using the Android OS, from a handset maker’s point of view, is that many of the platform elements required to compete against Apple, such as a library of apps is provided and the high cost of writing and maintaining a proprietary smartphone operating system isn’t for the faint hearted. RIM, Nokia and HP can attest to the fact that competing with the Apple iOS platform with their own operating system isn’t easy.

The popularity of the Android OS is at least partially due to fact that Google provides it free. Licensing fees to Microsoft are paid by the handset manufactures directly for some patented technology based upon agreed royalty agreements, but the Android platform is open source. Google has somehow developed the unwritten rule that intellectual property laws shouldn’t apply to open source software. That is okay if the owners of the intellectual property you are using don’t sue.

The lawsuit Oracle filed against Google has forced the disclosure of some very interesting internal email found during the discovery phase of the suit. It turns out that in a couple of particularly damaging emails Google personel, at the highest level, discussed using Java without a license. Google knew it was using patented Java code without a license, that is intentional infringement. (See: http://www.appleinsider.com/articles/11/08/06/google_fighting_to_suppress_evidence_android_willfully_infringed_upon_oracles_java.html .)

What makes the disclosure particularly damaging is that accidental or unintentional infringement might result in an exposure to a large judgement, while intentional infringement triples the damage award, by law. Clearly, Google knew the Java code they were using wasn’t open source and that they were using someone else’s intellectual property without a license. Google tried to change just enough Java code in the Android OS to get around Oracle’s patents.

If Google is found to have intentionally infringed on Java code without a license, that may well go against the entire Android OS platform in the various Apple vs Android lawsuits now being litigated in numerous legal venues. Frankly, it seems only the attorneys for Google really appreciate how precarious the Android platform’s future is right now. The handset makers are very worried and the promises from Google to protect them from Apple seem to be just words with little actual action.

Google screams conspiracy as Apple, Microsoft, RIM, Oracle and Palm appear to be lining up against them. The notion that open source code can freely contain patented elements is being found to be a figment of Google’s imagination. The Android house of cards is teetering on the brink of falling down. Google may well be forced to pay major damages to Oracle over the stolen Java code used in the Android OS and then pay ongoing royalties as well, which will go against the free platform program. Forcing Google to charge a fee for each handset that uses the Android OS will certainly level the playing field a bit.

Should Apple prevail in it’s attack on Android, Apple is far less likely to license their technology than Oracle is. Can Android survive a complete OS recompilation without infringing on Apple’s extensive patent portfolio and still be appealing to consumers? Will current Android apps still run on a new rewritten operating system and revamped Android handsets that don’t infringe on Apple’s patented hardware technology? Will a new Android OS orphan existing Android phones?

Some patent experts don’t think there is any way to work around extensively patented Apple iOS technology and still have a modern touch screen smartphone. That is the intention of patents, to keep proprietiory technology out of the hands of competitors. Google will likely rue the day they decided to forgo licensing the Java code. The also used Apple’s iOS innovation they had to expect was patented. While all the competing smartphone platforms will benefit from Android being crushed, Apple stands to gain the lion’s share of the market.

Steve Jobs and the CEO of Google at that time, Eric Schmidt were seen at a public sidewalk coffee shop having a very heated conversation a few years back. Rumor are that Steve Jobs has quite a temper. This was about the time Schmidt stepped down from the Apple board. One has to imagine Steve Jobs was furious that Google was launching Android based upon inside information regarding the unreleased iPhone. Schmidt apparently used inside information about the iPhone while having a fiduciary duty to not disclose or use Apple’s trade secrets. Having Eric Schmidt on the Apple board turns out to have been a major problem.

The smartphone, or properly the mobile computer market, which includes touch screen tablets, is so huge and has such a growth potential, that the stakes for all the players are of “make or break” potential. Patents and the legal system suck, but that is the only game in town and Apple is playing it well. Google is likely to learn the hard way, that they aren’t too big to get hurt getting caught stealing the intellectual property of others.

That is Greg’s Bite out of Google’s hide for today.

Ballistic serves up Every1 Series of cases 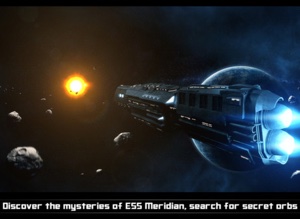