China is a country that’s going to be increasingly important to Apple. For instance, according to recent report by the Distimo app store research group (http://www.distimo.com),t he download volume in Asian countries grew significantly in the past six months in the Apple App Store for iPhone.

While other (Western) countries saw a decrease in download volume during the same time frame. China recently became the second largest market after the United States. And let’s not forget the Mac.

Last year Morgan Stanley analyst Katy Huberty said in a report co-written with Mathew Schneider, that “China is undergoing a ‘megatransition’ from being the leading producer of goods to the leading consumer of them” and that there’s “evidence of strong uptake of Apple products among higher-income China consumers.”

Since Apple recently launched an online store in China and has some serious retail expansion plans for the country, you can bet they aren’t ignoring those figures.

° The download volumes in Asia increased in general, however, the proportion of paid downloads and the overall revenue still lag behind that of the United States and Europe. Moreover, while in-app purchases became an important monetization method over the last year in many countries, it has not yet in Asia. Thus, developers have to look for other ways of monetization such as advertising.

° A comparison of the most popular categories between the United States and Asia revealed that there are no significant differences between content preferences. Hence, iPhone developers could offer the same type of applications in both Asia and the United States.

° The majority of the most popular iPhone applications in Asia is only popular in Asia, but in some Asian countries worldwide popular applications prevail. Examples of regional popular only content are KungFu Food-Panda, and Birzzle. In general, localization appears to be key to becoming popular especially when considering countries like China, South Korea, and Japan. In countries like India and Indonesia, localization appears to be less important. 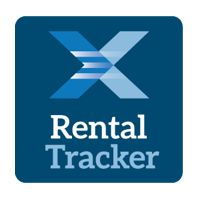