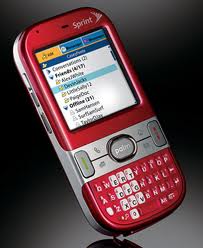 Speculation about the features of unreleased Apple products sometimes comes from odd sources. A teardown of the HTC ThunderBolt, which has a first generation 4G chipset, was torn down by the guys at iSuppli (You build it, we tear it down).

The 4G chip set physical size and cost had Wayne Lam speculating that it would be impossible for Apple to keep iPhone small and thin enough to maintain its slim form factor and still maintain Apple’s profit margin with that chip set. The battery in iPhone hogs a lot of room.

Chip development generally takes a few generations to work down from the initial combination of chips required to do new tricks. When newer chips are developed they begin to combine a number of separate chips into one. The physical footprint and cost both go down with each generation of new chips. G4 chipset generation 2 is already in production with 4G chipset generation 3 under development at Qualcomm.

The HTC G4 phone had a 4G Baseband chip and 4G Radio Frequency Transceiver from Qualcomm, a 4G Power Amplifier module, a power management module and a small memory chip which require space on the circuit board and in combination run the cost of parts up by $40. Keep in mind this is in addition to the existing 3G chipset needed for backwards compatibility.

Apple waited for similar reasons to introduce the G3 on iPhone 2. The iPhone 1 ran (or walked very slowly) on the Edge AT&T network. Apple decided that the AT&T G3 network at the time wasn’t built out enough and the chip sets for G3 weren’t ready yet either. The AT&T and Verizon 4G network rollout continues, but isn’t anywhere near complete. The sprint 4G network is also very spotty.

Similar calculations are certainly at issue as Apple works out the details of iPhone 5, no matter what they call it. Peter Oppenheimer, Apple chief operating officer stated in April that “The first generation of LTE chipsets forced a lot of design compromises with the handset, and some of those we are just not willing to make,”

Qualcomm has produced chips for Apple iPhone for a while now and no doubt has a close relationship with Apple and will treat its best customer well. Apple tends to get a preference from suppliers due to the scale and leadership status of Apple. Will Apple pull another rabbit out of the hat or will iPhone 5 be an iPhone 4s?

‘Take Control of Podcasting on the Mac’ ebook released

TunesAtWork – Leave your music at home, and listen at work