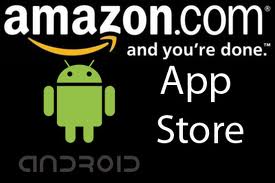 Apple has so many lawsuits in the works at any one time it take a lot of effort to keep up on them all. Despite Amazon being an Apple dealer, the rough and tumble of the two internet giants is bound to rub a raw spot now and again. Apple sued Amazon over its use of the term “AppStore”.

Apple innovated the notion of selling small programs, now also larger programs and operating systems, on line. Amazon and others saw Apple’s success and put their own stores on line. The rub in this case is that Apple can’t stop the basic business model, though they will certainly try, but they did copyright the name “App Store”.

The law on copyrights is a bit murky as a registered copyright can be defeated by proving the term or copyrighted words are in common use and are descriptive and generic rather than being a brand name that ought to be protected for the exclusive right of one company.

A classic example of the success of a company in naming a product and also using that word as its name is Xerox. The company Xerox was delighted when the public took to its exclusive plain paper copy machines to the extent that just copying something became a verb, “let’s Xerox that form”.

All was well until other companies figured out a way to do the plain paper copy trick and sell copy machines. Xerox didn’t like the fact that competitors were using the term Xerox when referring to the process their copy machines preformed. Xerox sued and after a protracted battle, won the exclusive right to use their own name.

Apple has been so successful that indeed, “app store” might have become generic. After all, RIM has an app store for the lame PlayBook, there are several Android app stores (including Amazon’s) Microsoft has used the term for it’s Mobile OS and the trend is such that app store may well be found to be a descriptive term and Apple might well loose it’s copyright case.

Microsoft actually opposed Apple’s copyright application for the term “App Store” back in 2008 when it was filed. This beef goes to trial on Oct. 15, 2012 in the US District Court of Judge Phyllis J. Hamilton. Hamilton has just ruled that Apple has no slam dunk in its case and refused to issue an injunction before trial. Apple has become so big it may see some dilution of its brand names as being a generic term.