Three of these sets are devoted to postal codes, the fourth set contains pairs of matching parentheses and quote characters. All in all, the three ZIP codes sets provide over 100,000 ZIP codes together with their city names for the US, Germany, and Austria.

While it’s possible to use the ZIP codes as a shortcut to quickly type city names, they display their full strengths when used in combination with Typinator’s Quick Search function, says Ergonis CEO Christoph Reichenberger. Just enter “zip” and part of the city that you are looking for. For example, type “zip cup” to find Cupertino. To actually insert the desired city name and zip code into your document, just choose it from the list.

The extra sets aren’t functional as stand-alone tools, but require a licensed version of Typinator 4.0 or newer. Typinator requires Mac OS X 10.4 or newer; Mac OS X 10.6 or newer is recommended. Typinator can be purchased on the Ergonis Software website (http://www.ergonis.com/products/typinator/) for approximately US$29 for a single user license; a demo is available for download. 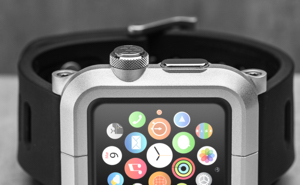