Prodyon Mobile has announced Retrogamebox 1.0, an US$9.99 collection of classic arcade and retro games for the iPhone, iPod touch and iPad. Current games include; Pixel Joe, Ball of Energy, Pocketankz, Memorama, Starcatcher and more.

Motivapps has released Tete a Tete — Letter Writing 1.0. The $3.99 app is “for all the lovers who could use some inspiration when writing their loved ones.” Tete a Tete contains a set of practical guides for various kinds of letters — from apologies to “thinking of you.”

App Apps today has unveiled VideoBot 1.0 for the iPhone, iPad and iPod touch. It’s a $0.99 tool that offers way to record, organize and search videos on your iOS devices.

Think Sicily, provider of rental villas in Sicily, has introduced A Portrait of Sicily, an iPhone and iPad guide to Italy’s largest and most diverse region. The free app offers a free, readable, illustrated “aperitif” that will give you a taste of what Sicily has to offer and help you choose when it’s time to order.

Nanaimo Studio has unleashed Hungry Monster, a $0.99 kids’ application for the iPhone. It’s an interactive game for children age two and up.

Wombi has debuted A Day At The Circus 1.0, an educational children’s eBook for iOS devices. Based on illustrator Malin Rosenqvist‚s pictures and style, the $2.99 app contains one story and 20 mini-games.

The new VAI for iPad was developed by aviators for aviators as part of a pilot’s toolkit. With the $9.99 app, all FAA IAP charts are only a tap and a download away. Users have access to thousands of FAA charts.

Just in time for Father’s Day, TaleSpring has published “My Daddy”, a $1.99, interactive animated ebook for the iPhone, iPad and iPod touch. Here’s how the book’s content is described; “They play catch, Daddy teaches the boy how to ride a bike, they go fishing, Daddy scares away the monsters under the bed, and on and on. Look for the little white mouse. He likes to hide. My Daddy is one of the new ebooks created using TaleSpring, where non-technical authors can create their own interactive, animated ebooks for the iPhone and iPad.”

Lockerz, a social commerce company with more than 19 million members worldwide, is offering its free Lockerz app for the iPhone and iPod touch. It gives Lockerz members more opportunities to be rewarded for what they love to do online by earning discounts on products from various brands.

TouchGEN has published the next issue of their iPad magazine, devoted to gaming on iPhone, iPod touch and iPad devices. This first, full edition features over 40 game and gear reviews, as well as features, commentaries and interviews. And it’s free.

Adobe says its Adobe Photoshop Touch apps — Adobe Eazel, Adobe Color Lava and Adobe Nav — have been updated with expanded capabilities that take advantage of interaction between Photoshop and tablet devices. Adobe is also offering Adobe Eazel at a discounted price of $2.99 for a limited time. 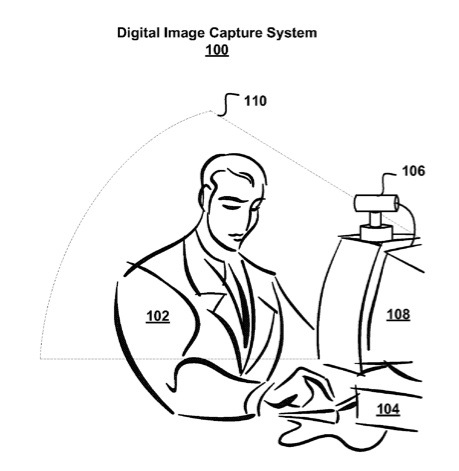