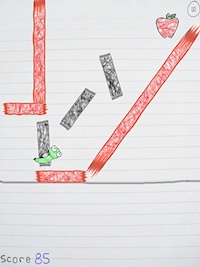 Golden Hammer Software, makers of Big Mountain Snowboarding, have released Scribble Worm for Mac (http://scribbleworm.com), a new puzzle game that makes use of the multitouch trackpad. It requires Mac OS X 10.6 or higher, costs US$0.99 and is available in the Games category of the Mac App Store.

Here’s how the game is described “Use your drawing skills to create a worm that can make it through a maze of different obstacles to reach the apple at the end. Use a mouse or multiple fingers on the trackpad to draw new worms that move based on the patterns you draw. The patterns come to life as cutesy worms scribbled in crayon, wriggling their way across the paper. The goal is to reach an apple elsewhere on the page by drawing a shape and anticipating the path of the resulting worm.

“Each puzzle page contains a different set of obstacles and requires a different drawing technique to complete. The puzzles range from shaping a worm to maneuver around static boundaries to bouncing trick shots and timing against moving walls. The difficulty ramps up quickly from a simple and intuitive introduction to the mechanics to challenging puzzles that force the player to really think ahead.” 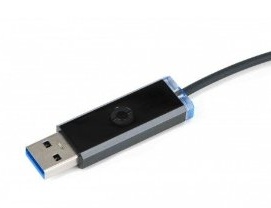