All is not rosy with a gentile fragrance of spring in the air at the Android handset camp. Various problems come up, with all sorts of consumer products, creating what is called a “product return factor.”

Each of the cell phone networks have some sort of handset return policy so customers who have a problem with a certain phone from a defect issue to just not liking a handset, allowing free returns or exchanges for some period of time.

Those returned phones are packed up and returned to the manufacturer in exchange for factory fresh units. A typical return factor of 2 to 3% is considered acceptable as a cost of doing business. Hey, some people return solid gold bars. High return rates cost the manufactures a bundle.

Smartphones have certain eccentricities that can turn consumers off or please them.  The return rate on Apple products is normally low across the board due to the inherent quality of their products. I have returned an iPhone in the past to AT&T (you know the catchy sales sloan, “no bars in more places.” That particular iPhone 3GS had a hardware problem, and AT&T cheerfully swapped it out for another one in just a few minutes at my local AT&T store.

That defective iPhone cost Apple some money to handle and fix before returning it to the market as a refurbished iPhone. Apple gives warranty protection on refurbished product that matches the warranty on new products. Refurbished products are always discounted, price-wise.

While raw numbers on the return rate of products is normally a closely held company secret, the analysis of why specific products are returned is critical information that allows product refinement. Motorola recently disclosed that up to 70% of the returned Android smartphones they took back were returned not for hardware issues that were Motorola’s fault, but for Android software issues, Ouch!  This certainly is an issue for all the Android handset makers.

It turns out the loose quality control on Android apps under the Android OS 2.2 is killing Motorola’s profit margin. The apps suck up so much energy the battery goes flat so fast the consumer blames the handset and returns it for another one, which also disappoints them. So they return the second phone and get something else. It is hard to convince a disappointed consumer the problem with a crappy smartphone is sloppily software. Which platform you buy is your problem at the end of the day. If you want an iPhone experience, buy and iPhone.

The Android 2.2 OS is also prone to slow down across the board when trying to process a poorly designed app and naturally, one tends to blame the darn phone, not the poorly written app or sloppy Android OS. That ticks Motorola off, but they have no alternative software platform to go to other than Windows Mobile, which historically is much worse.

Motorola has taken steps to protect themselves from the deficiencies of the Android OS and poorly written apps by adding an “interface layer” to its smartphones they call “Blur and Motoblur.” This software (likely held in ROM form on the circuit board) may soon warn users when an app is sucking too much energy, so Motorola can deflect the blame on poor battery life to the crappy software.

This is an attempt by Motorola to reduce the return rate on perfectly good smartphones that are commonly returned for mis-diagnosed issues. Cell phone salespeople are not generally so educated about the issues involved to properly diagnose the problem and have no incentive to do anything but exchange a “bad phone”.

All the problems in the Android camp have recently lead to a leveling off of Android’s market share in Nielsen ratings. RIM and Nokia continue to decline as Apple prepares to launch the iOS 5 on Monday. This sort of behind the scenes issue is why with only about 25% of the smartphone market, Apple collect over half the profits of the entire industry. Throwing crappy products through the door at low margins is not the Apple market approach.

Similar marketing issues have come up with the various tablets that were breathlessly touted as “iPad killers” a year ago. Now, the news is that the failed tablets are being sold off so cheaply the market for non-Apple tablets is becoming flooded. No one wants them at any price.

This flood of unwanted cheap tablet computers will tend to discount both the mediocre and the better ones, as well. ASUS fears Acer will write off its failed slate computers and sell them at prices so low, it will be considered “dumping.”  All this tends to re-enforce the gold standard of Apple iPad, around the world.

“Do a few products really well” has been Steve Jobs golden rule at Apple. Look for a flood of Apple tech news beginning Monday as our favorite tech magician pulls the next rabbit out of the hat.

Apple to have ‘major presence’ at IBC event 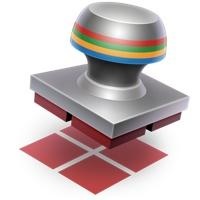