I have been watching the press for stories regarding smartphone searches by the police. The outcome of the legal battle over the security of our phones data is very important.

The amount of information held on smartphones is increasing exponentially, and we are finding there is often more there than the owner is even aware of. The problem of warrantless data searches vary substantially by states and regions.

The right of privacy of our data held on computers at home is pretty well established. The problem is the mobile aspect of computers as in laptops and smartphones. When you are carrying your data around with you it is much less secure. While law enforcement would be unlikely to take your computer away from you without probable cause in some criminal case, such limitations are not in place for laptops or smartphones in some jurisdictions.

I submit that the security of data must apply to smartphone and laptops no matter where they are located. While few would argue that upon the issuance of a warrant by a judge who has determined that “probable cause” and “a specific place and item to look for” has been established by the police, data should not be searchable.  With the exception of a lawful warrant, data should be secure from police searches.

Ironically, an exception to the requirement for a warrant allows unlimited right to search a “container” found in the possession of an arrestee for “weapons” has been used to allow smartphone data searches. Smartphones as containers or weapons — is there an app for that?  Opps, the famous tech writer for the New York Times,  David Pogue was busted for attacking his ex-wife with an iPhone.  This well documented example of the danger of cell phone attacks might offer police the legal right to search such weapons. Hey, a blunt instrument is a blunt instrument.

Seriously, while an iPhone is, loosely, a blunt instrument, searching the data held on a smartphone without a warrant may also blunt the move to mobile by the consumers of modern computing devices. It is critical, in my opinion, that the security of our mobile data be similar to that afforded our home computers no mater where the device is located.

Law enforcement has often extended their right to search only to be reigned in by the courts. Ironically, the US Ninth Circuit Court of Appeals, in a California case, upheld a smartphone data search without a warrant for anyone arrested for anything. This is surprising as the Ninth Circuit is often the leader in supporting privacy rights of citizens.

Bringing a computer into the country allows the authorities to search it. There was a case, a while back, where the government couldn’t crack the encryption of a laptop and the owner refused to give up his password. The computer ended up held as evidence for months. I never did hear the outcome of that case. Without any evidence of wrongdoing, forcing someone to pull down their “electronic pants” sounds like the actions of a government I don’t want to live under.

Searching the smartphones of terrorists who have been identified is one thing; the unwarranted search of someone’s data not actually arrested for a specific crime is another issue. The slippery slope for the legal preservation of our data should concern everyone. All too often the police are able to do whatever they want. As long as few people object they can get by with outrageous behavior. We need to care before our data security before it becomes an issue.

The technology of smartphone data searches has been enhanced by devices designed to allow police to hook up just about any cell phone and within seconds or minutes suck everything out of the phone into the hard drive of a suitcase-sized console. These consoles come with a bunch of connectors and are loaded with software to quickly isolate information and organize it in a way the police can quickly figure out what is held on the confiscated device.

Passwords and other forms of electronic security, including a lot of lightweight encryption, are worthless; the entire device is normally open for them to see.  While certainly much of what we have is not a big deal, business information, personal email, account information, patent applications, lawful but embarrassing pictures and countless other private bits of information is held on most every smartphone.  Being subjected to an electronic strip search without a warrant is repugnant to the notion of the expectation of privacy.

That is Greg’s Bite on warrantless SmartPhone searches 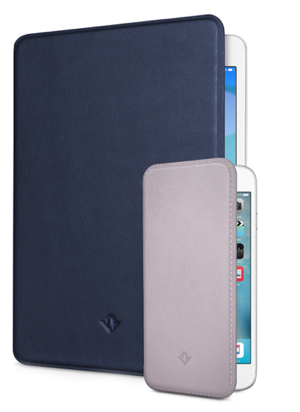