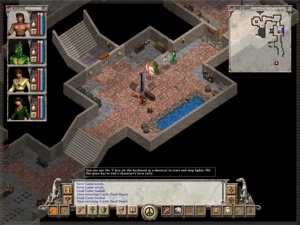 Spiderweb Software has released Avernum 6 v1.1 for the Mac, the final game in the Avernum series.

Here’s how the game is described: “Avernum 6 is set in the world of Avernum, an enormous series of caves far below the surface of the world. Travel into the strange subterranean land of Avernum, full of dungeons, labyrinths, and constant warfare. This update moves the game to a newer engine, which should result in better performance and fixes to a number of irritating bugs.

“Avernum is a world underground. It is a nation of people living in an enormous warren of tunnels and caverns, far below the surface of the world. Once a prison colony for rebels and thugs, it is now a wild frontier, full of adventurous souls looking for wealth, fame, and magical power.

“And then the Blight came. Almost overnight, the mushrooms Avernum needed to feed itself withered and died. Then the denizens of the low tunnels, the savage, reptilian Slithzerikai, emerged. Sensing weakness, they struck, destroying much of a weakened Avernum and creating waves of hungry, desperate refugees.

“This final set of disasters threatens to destroy your homeland in a spasm of famine and warfare. Only you can help your people to get to safety before everything falls apart.”

You can download a demo at http://www.avernum.com/avernum6/index.html . Registration is US$28. 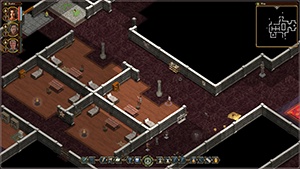 Avadon 2: The Corruption coming to the Mac