No end in sight to Apple’s retail success

Despite a tough economy and prices that some still perceive as too high (they’re wrong; but that’s another story), there seems to be no end in sight to Apple’s retail success.

The company’s brick-and-mortar retail stores are the world’s fastest growing retail business, according to the National Retail Federation (http://macte.ch/Robvf), and their customers are among the most satisfied, according to a study by the Yankee Group (http://www.yankeegroup.com).

According to the National Retail Federation (NRF), Apple saw a compound annual growth rate of 40.9% in retail sales from 2004 to 2009. The 2009 figures (the latest compiled by the NRF) show that Apple’s group revenue was almost US$37 million.

Meanwhile, the Yankee Group says that “Apple’s iconic retail business is already a story worthy of a Harvard Business School case study.” “While derided as an experiment doomed to fail when Apple opened its first store in a mall in Tyson’s Corner, Va., on May 19, 2001, Apple’s retail business now sets a standard unsurpassed in the highly competitive retail business,” says the research group.

Apple has added an average of 32 stores a year since its first store and now boasts stores in 11 countries, including China, for a total of 320 worldwide. These stores serve nearly 300 million visitors a year. According to Apple’s financial reports, 282 million visitors have passed through Apple stores since April 1, 2010, and the company expects its billionth visitor this month.

The Yankee Group says Apple retail stores pull in more than $5,000 per square foot in revenue. From April 2010 through March 31, 2011, Apple’s retail stores accrued $13.2 billion in revenue and $3.3 billion in profits from those operations. Based on the 2.5 million square feet it has in its stores, that means the stores overall average more than $5,100 of revenue per square foot per year, says the Yankee Group.

Doubtless, Apple will continue its steady, deliberation retail expansion. Can you imagine what sort of financial figures the stores will report when the global economy rebounds? 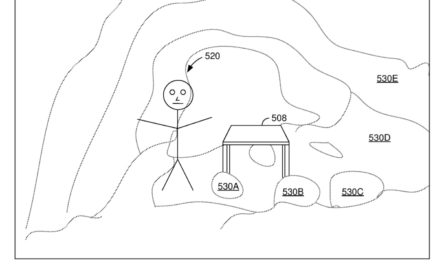