ResMed has announced the ResMed Sleep Assessment app, a free application for the iPhone that lets users record themselves during sleep. It also includes a clinically validated questionnaire that assesses their risk and other helpful features to empower users to discuss their sleep health with their physician.

CasaTunes, which specializes in multi-room music solutions, has released new native apps for iPad and Android Tablets enabling control of music from anywhere in the home. Through one touch functions, users can select a different room, source or song to play using an iPad or Android tablet. The apps support all CasaTunes XL Music Servers as well as CasaTunes Music Servers for Channel Vision, NuVo and Russound.

Comimos has introduced Pix’Air 1.0 for iOS, an US$1.99 photo sharing application. With Pix’Air the user can show the photos stored in his iPhone or iPod touch to friends or family, on the big screen of any computer in the WiFi network. The app provides photos selection, client browser connection, slideshow control and a photo presentation tool.

Unboring and Trackglobe have teamed up on Blupt!, an iOS game in which you toss flavored bubbles that go straight to your tongue and will change the color of Bubby.

Anh Do has unveiled Writing Kit 1.0 for the iPad. The $4.99 app is designed to let you write Markdown-formatted documents, export them as Markdown or HTML files and send to Evernote, Facebook, Posterous, Tumblr, and Twitter. Writing Kit’s built-in browser also gives you access to 750+ site-specific search engines, your social bookmarks on Delicious, Pinboard, Zootool and Instapaper unread items.

Labotec has grown KidsApp: The Pocket Farm. The $1.99 iPhone app provides a user interface specially adapted for small fingers. Aimed at children from two to six years old, the application provides interactive screens around elements of the farm.

Acts of Kindness 1.0 is a free app that features over 300 charitable actions — from simple gestures like say thank you to everyone and call a neglected relative.

Cynapse has updated Localscope, a $1.99 app that opens the door for MotionX GPS Drive, Waze, and MetroView users. Now it’s been translated to completely support the German, French, Italian, and Spanish languages.

Mobitee has released Mobitee 2.5 for iPhone, iPod touch and iPad users. The $24.99 app provides tools for golfers, such as GPS distance reporting to hazards, doglegs, etc.; flyover videos and aerial views of holes; interactive scorecard and a virtual coach, is about to release even more exciting features.

Spartadata has updated Billing Credit Card Terminal to version 1.7. The free app allows merchants to merchants process payments. As of version 1.7, Billing Credit Card Terminal can support up to four merchant accounts at once — and, at the same time, accept secure swipe base credit card transactions through a range of credit card readers and devices.

Mobile Apps for Ed has rolled out Moments Ago 1.0.2 for iPhone, iPod touch and iPad users. The app puts a communication tool in the palm of teachers’ hands, allowing them to send messages to students in the classroom and quick email reports to parents. Moments Ago serves as a motivator for students to improve their performance and behaviors and keeps parents informed of what their children are doing in school. The app features a free two week trial. Currently, developers are offering teachers a free two-week trial of Moments Ago. After the trial period is over, an in-app purchase of $1.99 is required to keep the application fully functioning.

MotionPortrait has updated their facial modification app, ZombieBooth, for the iPhone, iPad and Android. The app — $0.99 for the iPhone/iPod touch version and $3.99 for the iPad version — transforms images of anyone and anything into “breathing, growling, and fully 3D members of the undead.”

Elite Gudz has introduced a new version of its $0.99 Graffiti Spray Can application. Each new version is equipped with the same set of upgraded features, including more sophisticated painting effects, social features and access to an abundance of graffiti related add-ons and exclusive merchandise. The upgraded paint effects include new texture choices, more colors and more realistic spray paint behavior.

Imaginary Feet has updated SpyPic — an iOS photography app that allows users to secretly take photos while they appear to be reading, playing a game, checking their calendar, or using the calculator on their iOS device — to version 1.32. Users may activate front or rear cameras and control the opacity of the fake screen that overlays the active camera view. SpyPic 1.32 is $1.99. The Web Browser and Photo Vault plug-ins are available as in-app purchases for $0.99 each.

Soluble Apps has rolled out MailShot MailShot 1.41, an update to its free group email solution for iOS devices. MailShot allows iPhone and iPad users to email groups of up to 50 people from within their favorite apps by selecting a single contact from their address book. These contacts can be used to email groups of family or friends, classes, work or sports teams. Version 1.41 adds the ability to import contact groups from the address book directly into MailShot.

Leaping Bytes has updated MapPocket, their map application, to version 2.0. The $0.99 app allows you to put online maps in your pocket, so you can use them later without an Internet connection. Users can choose maps from one of four providers: Google, Mapquest, Bing or OpenStreetMap. While planning expeditions online, you can use standard search functionality to locate points of interest. 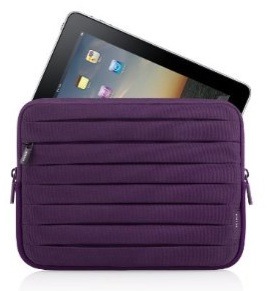 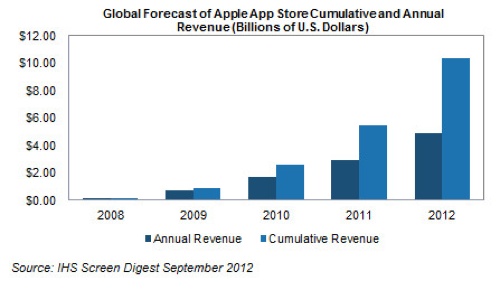 Macsimum review: FreeForm AE good at what it does — but you won’t use it every day