The iPhone 5 Experiment’ is underway 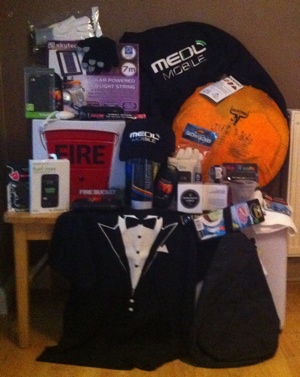 He plans on camping out on the streets of London for the launch of the iPhone 5 (whenever that may be). As part of his marketing and PR experiment, he’s following one rule: he can’t spent any money on anything he’s taking with him. ”

“I love marketing and PR and thought about camping out for the iPhone 5 and asking companies to make my stay a luxurious one,” Shoesmith says. “‘The interest has been amazing and things are really starting to snowball. At this rate I believe I could possibly generate more media coverage than I need a couple of years ago with my app Problem Halved.”

He has a number of activities planned to pass the time including michellin starred dining from his tent, a personal training session and even a live band to keep him entertained. Shown are some of the items Shoesmith has had contributed.

You can follow his progress at http://www.robshoesmith.blogspot.com/ and on twitter @shoesmith81. He welcomes any ideas on how to make his experiment a truly unique event.