Rumors in the technosphere are often so outrageous they sound true. Such is the rumor that some sort of merger or buyout between Microsoft and Nokia is in the works.

A number of web sites began to blog yesterday that a deal was in the works. We know Microsoft is collaborating on bringing the Windows Mobile OS to Nokia smartphones. Just how deep the deal goes and what form it takes are the questions.

Some of the rumors put the deal more in the buy-out sort of arrangement,while others make it more of a merger. The Nokia market cap has shrunk 50% since Apple released the iPhone, and Nokia still doesn’t have a valid competitor. Nokia recently gave up developing their own mobile OS in favor of using someone else’s platform. Keep in mind developing all the parts of a valid mobile platform isn’t cheap or easy.

Nokia had to jump on board with the Google Android OS or go with Microsoft’s Mobile OS. Ironically, going with Microsoft won’t help them much in the tablet OS market they have got to be interested in. Nokia has been losing market share dramatically over the last three years and the handwriting was on the wall. Something dramatic had to be done.

From Microsoft’s position, having slept at the switch through the smartphone revolution and also sitting out the tablet market they smugly thought would die out instead of eat them alive, Ballmer is now desperate. The numbers indicate the “rounding error” downturn in the Windows PC market of a year ago is accelerating rather than leveling off. Microsoft is sort of like the Titanic, thought too big to sink but taking on a lot of water. The market cap of Microsoft has gone down from US$400 billion to to $200 billion in the 10 years Ballmer has been at the helm.

Never too shy to copy Apple’s successful mobile program, Ballmer would like to do just what Apple has done: get into manufacturing smartphones, gain a large market share of the mobile OS market and catch up with the tablet market. The problem is that Ballmer isn’t Steve Jobs and Microsoft isn’t Apple. The successful cloning of the Mac OS into Windows for the PC might have only been a one-time thing. Apple isn’t going to allow Microsoft to steal them blind again.

Any consolidation of Skype, Microsoft and Nokia has a good way to go to get up to speed and actually put products out. From a standing start, it will take a magnitude of two years for new products to actually be released. With the headstart Apple has, the extra time is such an advantage I suspect the market will pull out and we will see a continued downturn in both Nokia and Microsoft for the next two years. Once a Windows/Nokia smartphone is launched, it will still take a while to gain market share even if they gave them away. Apple isn’t sleeping at the switch, so they are a moving target and continue to innovate.

Within the next year the legal action Apple has filed against the Google handset makers will have been worked out and markets consolidated much in the direction they are headed now. RIM, Nokia and other platforms are not performing well, while Android and Apple increase market share. If Apple can substantially stop infringement of major elements of the iOS touch interface that Apple has patents on and that Android handsets and it’s OS rely on, the major expansion of Android will be stopped. That would leave Apple alone to rake in the market share. A major revamping of the Android OS to work around certain touch OS gestures Apple has patented will send Google and its handset makers back to the drawing board.

Does the combined economic power of Microsoft and Nokia have the horsepower to create waves? Yep, will they succeed in making a significant dent in the smartphone market? That remains to be seen. Even if Microsoft can gain third place behind Android and Apple, one wonders if there is room in the market for a third major mobile OS. Then, the lack of a tablet OS that both Apple and Google have will hamper the Microsoft team. 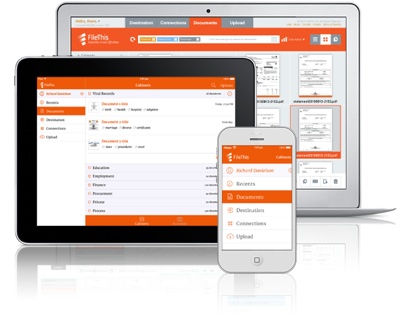