This growth was largely driven by the continued growing trend towards smartphones, which grew by 20% globally or 2.3 billion monthly impressions over the same time period. Total mobile advertising impressions on the InMobi network in North America grew by 17%, which continues to be driven entirely by smartphone impression growth of 37%.

A significant eight out of every 10 mobile impressions in North America is now on a smartphone device.  Smartphone impression growth, primarily on Android and iPhone OS continues to fuel the growth of in app advertising which grew by 58% from January to April 2011.

iPhone OS captured +9.4 share points in April 2011, following the early February launch of the Apple iPhone on Verizon Wireless in the US. Although iPhone OS enjoyed a boost with the Verizon launch, Android remains the top platform in the region with 37% share of total impressions, leading iPhone OS by 4.0 share points. 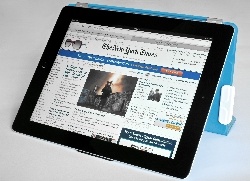