iKeyboard coming to the iPad (maybe) 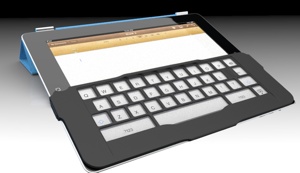 iKeyboard, Inc. is previewing its soon-to-be-released enhancement for the iPad: the iKeyboard (http://macte.ch/LCbaW), a real keyboard that piggybacks on top of the iPad’s virtual keyboard.

Clifford Their, president of iKeyboard Inc. says the iKeyboard solves the fundamental problem posed by touch-screen tablets: the inability to touch-type on their virtual keyboards. With touch-typing impossible, the only option you’re left with is hunt-and-peck typing, which is a drag on productivity.

“Touch-typing is vital for productivity, because it produces greater speed and accuracy than hunt-and-peck typing,” Their says. “But even more important, touch-typing frees up your brain to focus on other tasks besides the mere physical act of finding and hitting the right key. Hunt-and-peck typing ‘hijacks’ the thinking part of your brain, making it unavailable for more important tasks.”

“The iKeyboard will improve typing accuracy and speed, letting tablet users do real writing,” says Their. “It will set the brain free to listen, to learn and to create. In certain settings — the lecture hall, the library, the classroom — the iKeyboard will be an essential tool.”

However, the iKeyboard will only go into production if US$4,000 is raised by Tuesday, June 28. As I write this article, $286 has been pledged. For more info, or to back the project (minimum pledge is $1), to the product web site. 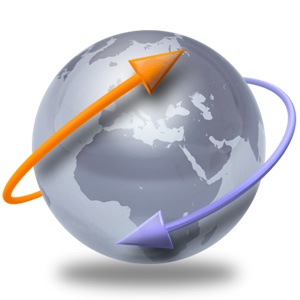