Upcoming Seagate GoFlex will have 3TB of storage

The company’s GoFlex Desk products are the first to feature the new hard drive, delivering storage capacities of up to 3TB and an areal density of 625 Gigabits per square inch. Seagate is on track to ship its flagship 3.5-inch Barracuda desktop hard drive with 3TBs of storage on three disk platters — enough capacity to store up to 120 high-definition movies, 1,500 video games, thousands of photos or “virtually countless hours of digital music” — to the distribution channel in mid-2011. The drive will also be available in capacities of 2TB, 1.5TB and 1TB.

GoFlex Desk external drives are compatible with both the Mac and Windows systems. Each drive includes an NTFS driver for Mac, which allows the drive to store and access files from both Mac OS X and Windows computers without reformatting. 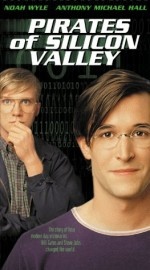