This is important news, Apple Mac, iPhone and iPad are not suitable for business use.

While Apple has been pushing for respect from the business community due to increased security features found on Mac computers, iPhone and iPad, it seems they were at the same time secretly gathering location data from unsuspecting users. Apple intentionally created a permanent cache on iPhones and iPad that records its users locations with date stamps.

This cache is persistently and insecurely backed up on the computer used to sync with the iOS device. This makes both iOS devices absolutely unsuitable for business use due to “location record insecurity.”

On Thursday, CNN broke the story on network TV regarding the surprising intentional insecurity of the Apple infrastructure regarding stored location information. This data was gathered without users opting in and without any way to opt out. The disclosure regarding “location services” found in the iTunes agreement you must agree with to load the software is completely inadequate to inform Apple devices what Apple actually intends to do.

“Apple and our partners and licensees may collect, use, and share precise location data, including the real-time geographic location of your Apple computer or device. This location data is collected anonymously in a form that does not personally identify you and is used by Apple and our partners and licensees to provide and improve location-based products and services. For example, we may share geographic location with application providers when you opt in to their location services.”

I suggest some additional information they ought to added to the iTunes disclosure:

APPLE intends to track the detailed movements of your iPhone and iPad for our own business purposes using any means at our disposal, GPS, tower locations, WiFi signals or any combination of thereof and make a permanent record of your movements with location time stamped files stored in both the iOS Device and backup that detailed location record on your computer. We will upload that data regularly, at our discretion, to our servers and you will never know we are doing it. Apple doesn’t plan to identify you from the location records we upload, but should your computer be lost or stolen your detailed location records and identity will be fully accessible to the thief or who ever finds your Apple device. Further, should someone have physical access to your computer for a little as five minutes they could copy the “Backups” file in your system library and use that file to compromise your detailed and time stamped location data, from the first day you used the device. Apple iOS devices are an open book to computer forensic experts and you may not encrypt or use passwords to make your devices meaningfully secure. Apple will not guarantee that hackers might not be able to remotely gain access to your computer and compromise your location and identity information.

I am of the opinion a class action lawsuit naming Apple for violation of privacy laws, breech of contract and damages is in absolutely in order. I will personally join as a plaintiff.

Inherent in the iTunes app is programing that automatically sucks location data out of iPhones and iPads when synced to a computer. In Macs the system stores the location data at: Users/Library/Application Support/MobileSync/Backups/ . The data is very specific and time coded. If you have your iPhone or iPad GPS on all the time, there are records of your every move since you loaded iOS 4.0 or turned the device on for the first time.

This is not an accident. Reports giving Apple the benefit of the doubt that this is not an intentional act are uneducated and don’t understand the sophistication of Apple’s engineers. Let there be no mistake: Apple did this on purpose for selfish monetary gain.

Even with locations services turned off, your iOS devices were still tracking you and still reporting back regularly to Apple. This is clearly without adequate notification or permission of the purchasers of the Apple devices.

Businesses should certainly consider this intentional breech of user security seriously before buying Mac computers, iPhones and iPads. How long does it take to wake up a sleeping MacBook, insert a blank CD, open the hard drive, select the home file, go to Library/Application Support/MobileSync/Backups, drag and drop the Backups file to the CD logo, select “burn disk”? In less than five minutes you have copied the entire location data files for all the iPhones and iPads that ever sync with that computer.

Next, insert the CD into another Mac and then drag and drop the Backups file into the Mobile Sync file of that Mac. Then run the “iPhoneTracker.app and a map pops up divulging the detailed location tracking information of the person you stole the data from.  http://petewarden.github.com/iPhoneTracker/ . Actually, the map is just the conglomeration of all the data. The exact GPS and time stamp can also be accessed with the Backups file.

“So what?” you may ask. Imagine I am dressed as a plumber, but I am really working as an industrial spy for Google. I gain entry to Steve Jobs’ hotel room and spot his MacBook Pro sitting on the bedside table. In less than five minutes I am out the door with a detailed location record of Mr. Jobs’ travel over the last year on a CD. I can then figure out every place of business he went for the previous year, where he lives, eats out  and most worrisome, deduce which other businesses he was doing business with. Google might thus gain insight into Apple’s business plans.

In another scenario, I am the top salesman for a company with serious competition in my industry. The competitors would dearly love to develop a complete list of my clients. They send in a spy as above and gather the Backups file from the salesman’s Apple computer and then use that detailed location information to develop a list of his clients. What company would like to see that happen?

Apples devices are sold all over the world. What if a Chinese dissident was caught with an iPhone? What about other legal backwater jurisdictions in the world where police can search a smartphone without a warrant, such as Libya, Saudi Arabia, the Ninth US Circuit Court District, (which includes California, Oregon, Washington State, Alaska, Arizona, Hawaii, Idaho, Montana and Nevada). To get location information in those privacy deprived places police upon their discretion can copy the entire contents of a smartphone without a warrant or probable cause.  This does not exclude business owned smartphones or iPads.

That is a problem I call “location insecurity.” No business will want to risk that sort of private information getting into the hands of the competition. Apple has just shot itself in the foot in gaining traction in the enterprise market. I strongly advise business users to carefully consider Apple’s apparent disregard for location security when making the decision to support iPad and iPhones for business use. These devices are location insecure.

Apple has violated my trust and I am angry about it. I had a conversation with an Apple Genius at my local Apple store yesterday. I told him who I was and he was aware of MacNews. He told me that even Apple Geniuses were unaware that Apple was storing detailed location services on iOS devices and that he understood my anger and frustration with Apple’s behavior. He advised me to email the software engineers who were directly involved with the iOS platform.

I suggest that a flood of angry email from users and especially iOS developers expressing anger regarding this breech of our trust, that might move Apple to fix the problem quickly.  Go to

Trust is earned and betrayal is also earned. I suggest that to restore my trust Apple take the following steps:

1. Admit they were intentionally tracking iOS device owners for Apples location based advertising plans or other selfish purpose without adequate notification to consumers or providing a viable ability to opt out.

2. Quickly provide software updates that will allow users to completely remove all location files on both iOS and Mac devices.

4. Provide a GPS logo in the home screen of iPhones and iPads indicating GPS/Locations services are on

5. Publicly state that Apple will never track its customers again without explicated permission in the future.

Today’s Greg’s Bite is out of the big Apple 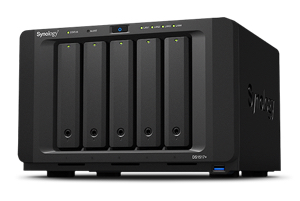