iPhone 5 to ship in September?

The iPhone 5 will have a faster processor and will begin shipping in September, reports “Reuters” (http://macte.ch/qyOan), quoting “three people with direct knowledge of the company’s supply chain.”

The production of the new iPhone will start in July or August and the smartphone will look largely similar to the iPhone, the article adds. The current iPhone 4 was launched by Apple Chief Executive Steve Jobs in June last year and began shipping the same month in 2010.

iMovie for Mac upgraded to version 10.0.7 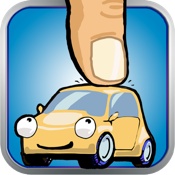