Seagate (http://www.seagate.com) has announced the availability of its new GoFlex Slim portable hard drive — a 9mm, 2.5-inch external drive designed for the latest trend of portable, thin, laptops and netbooks.

Initially showcased at the 2011 International Consumer Electronics show in January of this year, the new GoFlex Slim performance drive is now available on http://www.seagate.com, in-store and at select online retailers. A 320GB version of the GoFlex Slim drive can be purchased for a manufacturer’s suggested retail price of US$99.99.

At 9mm, it’s 38% leaner than the current GoFlex ultra-portable drives. In fact, the new GoFlex Slim drive is roughly the width of a pencil and can slide into a pocket, purse or messenger bag. It’s equipped with a 7200RPM drive and a USB3.0 interface. Alas, it will only run at USB 2.0 speeds on Macs as they don’t support USB 3.0.

However, the GoFlex Slim portable drive will also be available in a version for use specifically with Mac OS X computers. The GoFlex Slim for Mac portable drive will be HFS+ formatted out-of-the-box, making it fully compatible with Apple Time Machine backup software, while maintaining the ability to work across both Mac OS X and Windows computers. 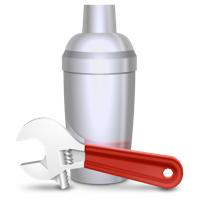