Kevin “Silent Bob” Smith will discuss Avid Media Composer with SuperMeet attendees. Smith launched his career in the film industry in 1994 with Clerks, followed by films such as Chasing Amy (1997), Jay and Silent Bob Strike Back (2001), and Jersey Girl (2004). His latest project, Red State, a horror film, is set to hit theaters in October. A devoted Avid editor, Smith is set to address SuperMeet attendees on his use of Avid Media Composer during the edit process, with a special sneak peak of the soon-to-be-released Red State thrown into the mix.

One of the largest gatherings of Final Cut Studio, Avid, Autodesk, and Adobe editors, HDSLR filmmakers and digital content creators, and gurus the NAB SuperMeet provides an open forum for discussing and presenting the latest trends in the ever-evolving post-production and broadcast markets.

Creators of the NAB SuperMeet are also bringing the post-production community the NAB Post Pit — a gathering of users and creators of post-production software. Designed as an open-screen theater for dynamic presentations, the Post Pit is open from Monday, April 11, to Wednesday, April 13, in the South Hall (booth SL12205) to all NAB show attendees. This year’s Post Pit includes presentations on everything from File-Based Architecture to Shooting with the RED EPIC(TM), DSLR Filmmaking, New 2D/3D Digital Workflow Products, Cool Gear of 2011, and more.

In addition to presentations by various gurus and creative talents, Tuesday’s Post Pit features the Media Data Governance Users Group, set to inform audiences about the current challenges and future trends facing any media company, executive, or manager handling the explosion of media assets. Wednesday’s Post Pit features presentations from the Hollywood Post Alliance on the absolute latest and greatest in post-production, including the recipients of the HPA Judges Award for Creativity and Innovation, as well as Engineering Excellence.

The 10th Annual NAB SuperMeet will take place on Tuesday, April 12, at Bally’s Hotel Event Center on the Las Vegas Strip, 3645 Las Vegas Boulevard South. Doors open at 4:30 p.m. for the SuperMeet Digital Showcase. Tickets are on sale now for US$15,plus a ticket fee for general admission and $10, plus a ticket fee for students/teachers. Each ticket includes two free raffle tickets; additional raffle tickets can be purchased for $2 per ticket or three for $5. Tickets will also be sold at the door for $20.

The Post Pit will be open throughout the NAB showcase, April 11-13. The Pit is located in the South Lower Hall, booth number SL9126.

xTuple debuts xChange, an online app store for the enterprise 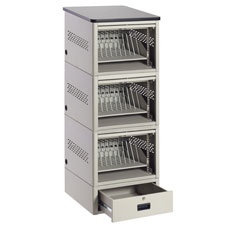