In a move that could bring the UltraViolet proposal closer to our homes, some at the major film studios want to take advantage of UltraViolet to prevent DVD libraries from being rendered obsolete in a format upgrade, according to a “CNET” report (http://macte.ch/VIi18).

But first some back ground: in July 2010, a group of media and electronics companies have announced an agreement on an all-formats system called UltraViolet for digital downloads. The single standard will, at least in theory, allow the consumer to purchase films to be viewed on any device — a computer, smartphone, game console, Blu-ray player, and television. And it sounds like something Apple would like, but that remains to be seen.

With UltraViolet, due to start rolling this spring, consumers will purportedly be able to shop at their choice of participating retailers — including stores with whom they already have relationships. A few clicks will link a retail account to the UltraViolet Account. Then consumers simply shop as usual; when they make purchases, a right is automatically added to their UltraViolet Account, unlocking the benefits of UltraViolet.

Now a new twist may be added. “CNET” says one new feature being discussed at UV calls for asking users to load their DVDs into their computers so UV can scan them and verify they possess the movies. After verification, UV would place a copy of the film in the person’s digital locker.

“But even as progressive as this sounds, some studio execs acknowledge that moving the public to a new format now won’t be easy,” “CNET” adds. “=For one thing, UV’s launch is coming up fast and important details still need to be hashed out. Insiders say consortium members still can’t agree on several important issues regarding security and whether to offer UV in high-def. Some studios involved are worried that some among them will break ranks and offer content to other locker services in addition to UV, which could undermine UV’s negotiating power.”

Despite some glitches, UV has enormous potential. Let’s hope that Apple gets on board — unless it and Disney have an even better solution with KeyChest. 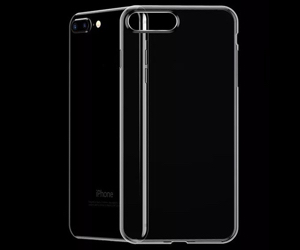