Apple’s teeny laptop is a hit. Concord Securities analyst Ming-Chi Kuo told “AppleInsider” (http://www.appleinsider.com) that his most recent checks in Asia indicate Apple shipped a total of 1.1 million of its 11-inch and 13-inch MacBook Airs during the three-month period ending December, “making the new breed of ultra-thin portables one of the company’s most successful Mac product launches ever.”

Those figures are about 63% higher, or 400,000 units more, than the 700,000 units that Kuo had initially estimated. The figures also support an earlier claim by “AppleInsider” that the new MacBook Airs comprised more than a third Mac maker’s notebook business in the fourth quarter.

Apple doesn’t break down its Mac or device sales by product family. However, the company shipped just over 2.9 million notebook systems during the fourth quarter of 2010. At 1.1 million units, the new MacBook Airs captured a 40% slice of the company’s notebook business and accounted for just over a quarter of its Mac business as a whole, notes “AppleInsider.” 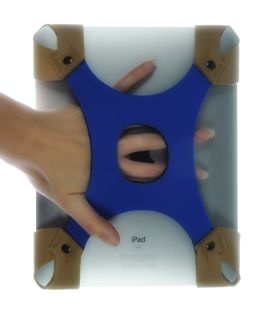 TKO Solutions hands off Onhand X-Band for the iPad