Webb School students to get iPads

Beginning in the fall of 2011, students in fourth grade and higher at The Webb School of Knoxville, a private K-12 school, will be required either buy or lease an iPad for the coming school year, reports “The Journal” (http://macte.ch/nwNZe).

The move has been a long time coming, Jim Manikas, technology director for the 1,050-student school, told “The Journal.” But when Apple introduced the iPad, the idea of “one computer per student” took off, he added.

Before announcing the initiative, Manikas said his team gave the school’s existing technology infrastructure a good, hard look. What they saw were about 700 computers, a high percentage of which had either passed into obsolescence or come pretty close to reaching it. Replacing those units would cost the school about $550,000 — an investment that would simply put the IT infrastructure “at a reasonable level without expanding it in any way,” Manikas told “The Journal.”

The fact that a half-million dollar investment would only provide “sufficient” computing power for the school pushed Manikas to consider other options. The school decided to roll out its mandatory iPad initiative for the 2011-2012 school year. Those in need of financial assistance will be eligible for an annual, interest-free lease whose cost will total about US$200 a year, paid in monthly installments, “The Journal” says. 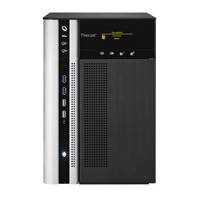